A friend from Chicago who has been with the Fire Department for the past 25 years told me about the old cisterns and how there might be some unique manhole covers on them. Cisterns were used in the early 1900s to store water for fire departments and were placed strategically in neighborhoods throughout the city. They were essentially underground or under street reservoirs. If there was a fire in that area, the department would pop the lid, shoot a hose into the tank, and siphon water out to spray down the fire. 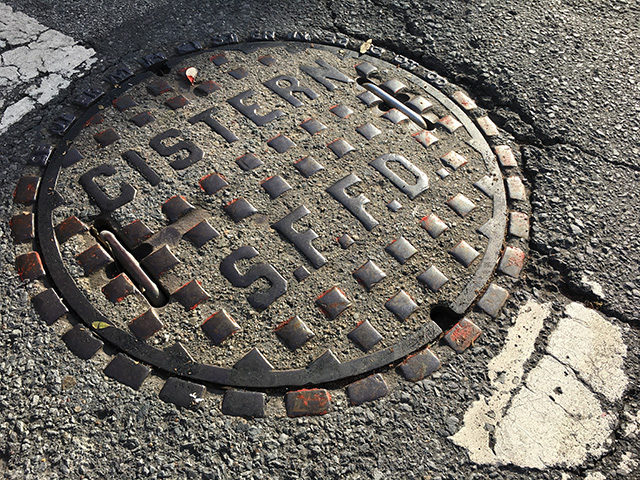 After hearing about these, I became somewhat obsessed with finding one. I spent hours searching downtown, called the academy, and stopped by numerous fire stations. They all knew or heard about the cisterns but seemed convinced they were sealed up or gone – no way that will stop the search.

I didn’t go to San Francisco looking for a cistern so was happily surprised when I stumbled upon this on the very first corner we were scouting. After doing some local research, I found out these were installed right after the fire of 1906. There are many of these throughout the city but still consider myself lucky to have found it. Such a beautiful piece of San Francisco history that often goes unnoticed. 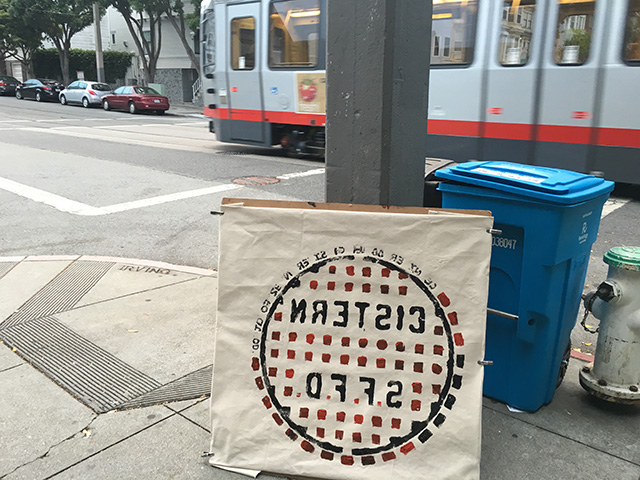 Since this was almost in the middle of the street and right next to the MUNI tracks, I set the “alarm” for 5 AM. Was out sweeping it off before sunrise and painted each piece of steel including the letters by hand. A city worker walked by and asked “what are you doing with my manhole cover?” I simply replied, “Painting it, and it will be cleaner than it was when I found it.” Handed him a card and finished up the print. 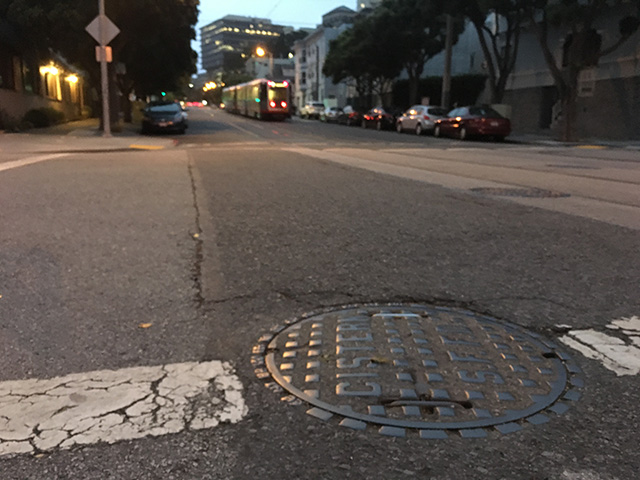 There are handwritten, steel letters circling the outer edge of the cover reading “CE NT ER M H CI ST ER N 32 EO OT OD”....Center _ _ Cistern and possibly the location or station details. With so much history below our feet, the mission continues. 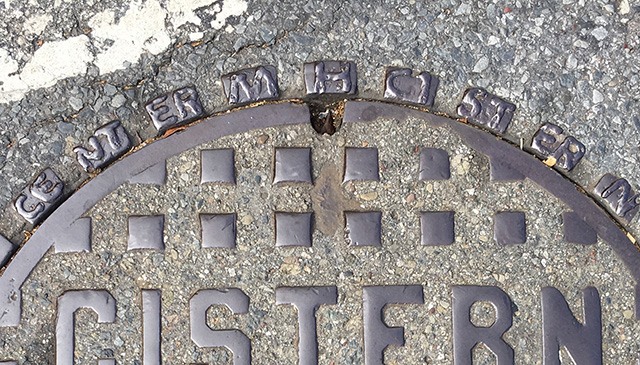 If you're interested in learning more about the cisterns in San Francisco, check out this article. 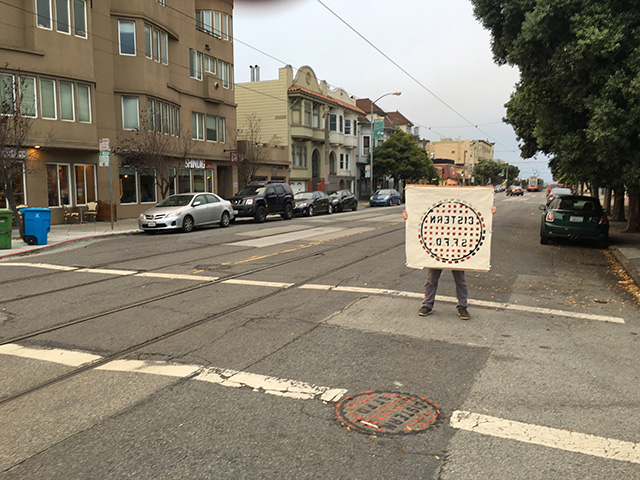 Original Artwork made directly from a utility cover in San Francisco, CA.