When I made my first print and started this journey, I would have never imagined where it would take me. It’s been almost 11 years since that night and I’ve managed to explore countless cities, alleys, streets, and neighborhoods with limited time, finances, and resources. I’ve captured antique, ornate, and iconic covers in cities and towns from Philly to Seattle and back. I’ve watched it become a worldwide trend and the term “street printing” went from a simple hashtag to a thing. 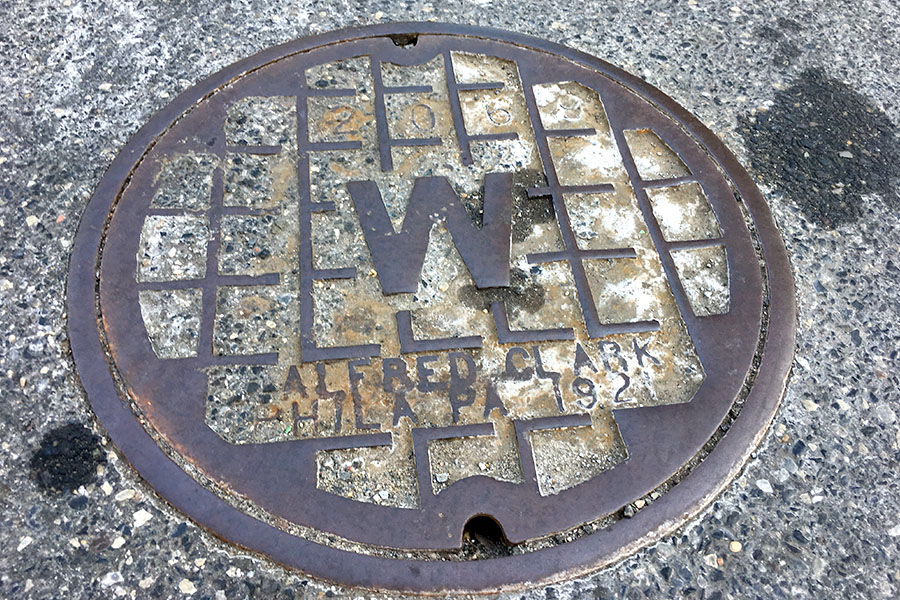 I first fell in love with the typography, graphic design, and the overlooked nature of street metal. Then it became about the hunt, the discovery, and capturing all of the above through unique prints. What I did not anticipate is meeting so many amazing people and the vast amount of random (and maybe useless) information I’ve acquired. From inspiring students in Chicago, New York, and Philadelphia to strangers reaching out after making their own prints, this project has aligned stars that would never have had a chance to meet - over and over again.

Clark's Iron Foundry was one of a few major players in Philadelphia's iron scene in the early 1900s. If you walk the streets in any neighborhood, you'll see their name molded into covers spanning 30 to 40 years and with multiple variations like "Alfred" and "W.H." They are simple, functional designs that have been and will be a part of Philly's urban landscape for decades and centuries, probably centuries. Needless to say, I was beyond excited when a descendant of the Clark family reached out to me.

They were not the first, but this one is special to me. I had an article published in the Philadelphia Inquirer a couple years ago and that led to many new contacts, friends, and adventures. A family member of the Clark's had read the article and asked if I had any with her family's name on it. I did have a few old paper prints, but offered to make a custom canvas for her since it was such a cool story. I searched the streets for about a year and then found a 1921 Alfred Clark this past winter. 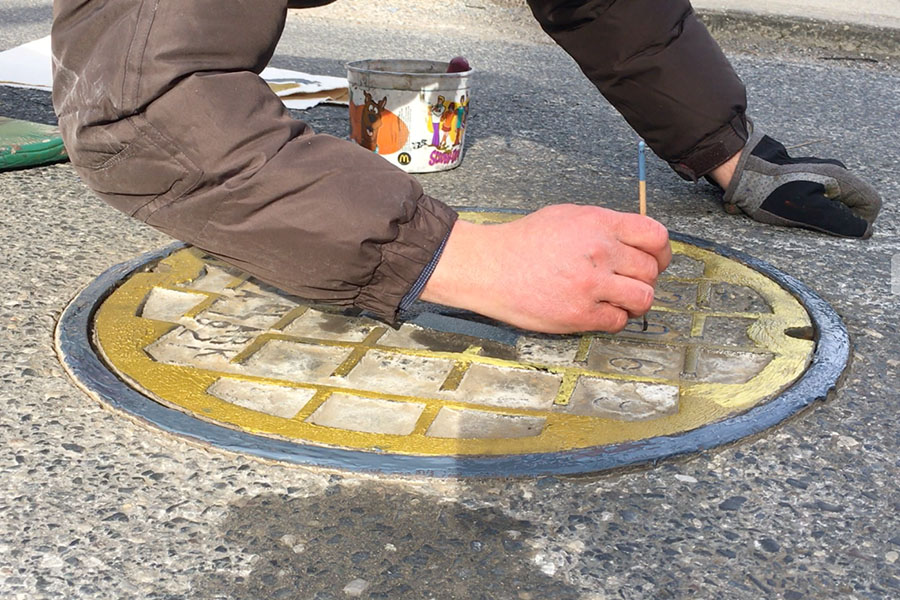 It was 19 degrees out on my last day in town. Sticking with the whole family theme, I grabbed my mother, headed towards the bridge, and made the print I've been promising Mary Ann. I sent her a photo right before I started to paint and print the cover. By the time I was done, she had replied back saying her grandfather was "W.H. Clark" – and I had just printed an "Alfred Clark" cover. I was sad when I left Philly without the print once again, but knew I would be back. 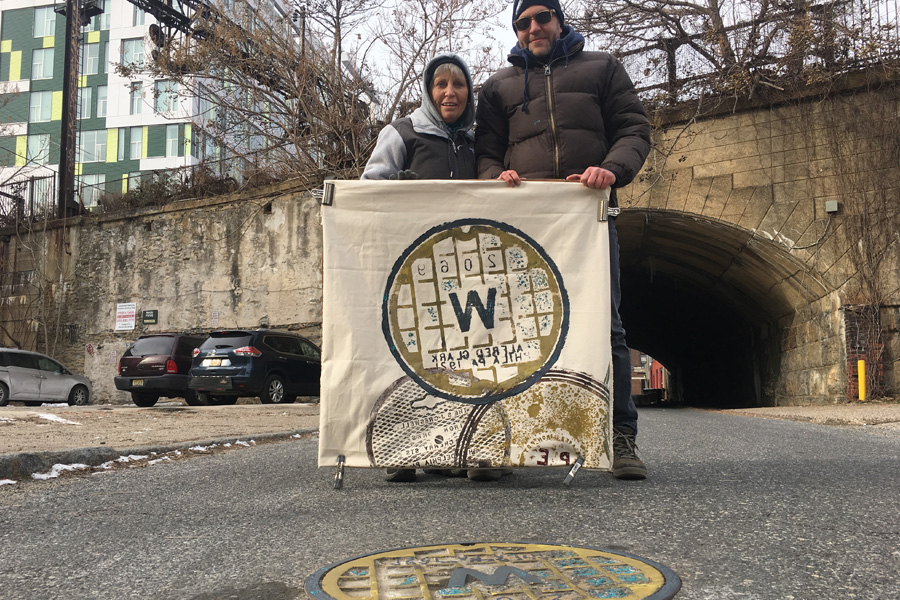 Last weekend, I was in town working on some other projects around 4th and South Streets. My grandmother and mother were born just a block away and I took a somewhat emotional trip down memory lane. I stood in front of the house that was in my family for generations and I thought about the many memories we had there. This was a milestone for me as I have not been able to look at it since it was sold years ago. So I snapped a few pics, got over the past, thought about the positive, and headed up the street.

Then BOOM – There is was, the "W.H. Clark" cover at the end of my old street! It was placed there around the time my mother was born and we must have walked over it thousands of times. 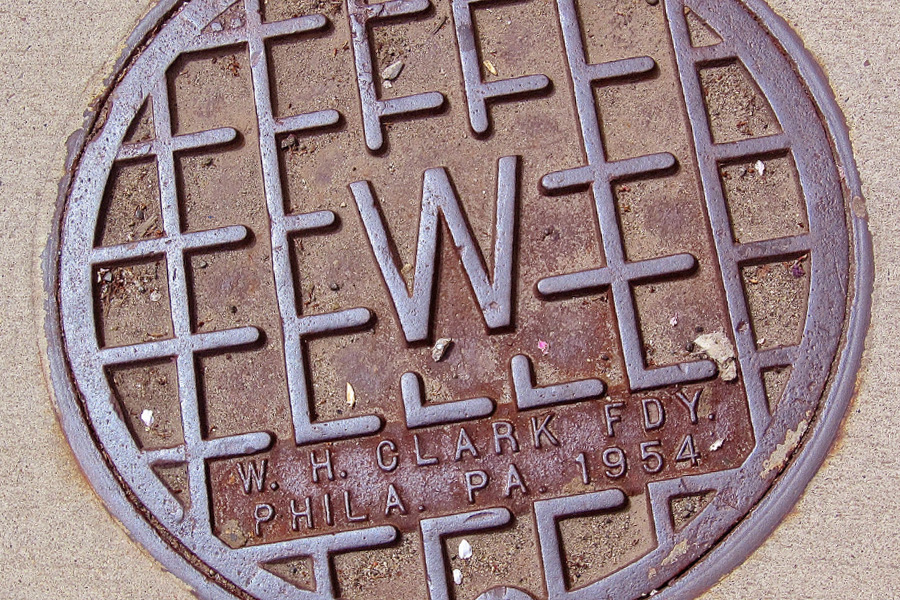 I LOVE making the prints and I'm cool to part with some of them if it means I can buy more ink. But chance encounters, connections with strangers, family, and all of that useless information seem to be worth the most.

I didn't get to make the print for Mary Ann that day, but I'll never forget where it is, and I will definitely make it next time I'm home.