With a long trip ahead and a few DC prints under the belt, the thought of sleeping in was tempting, but midnight google searches for manhole covers had the alarm set at 4:45. A blogger's directions said to head towards New Jersey and L Streets down in the old Navy Yard. It's now called "The Yards" with construction booming, the US Department of Transportation headquarters, a nice park, and the Nats stadium. At 5:30 there are a few people in Starbucks, some hustling to work, and a bunch of guys gathering at the job sites. 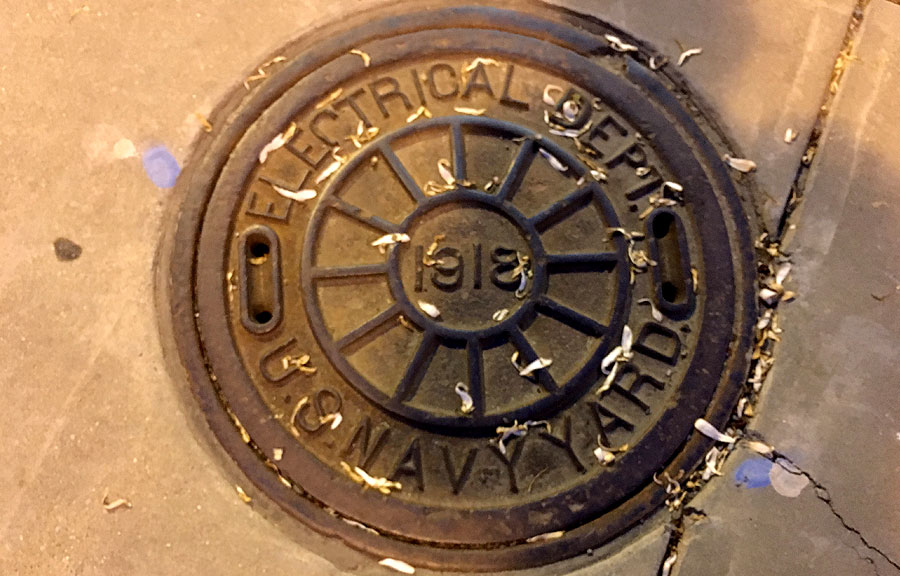 There really is nothing like hopping out at said corner and finding what you were looking for: U.S. Navy Yard Electrical Department - 1918. There were a couple guys watching from down the block and after the entire process, they came by just as the canvas was ready. Explaining the project to them had changed the course of the day. 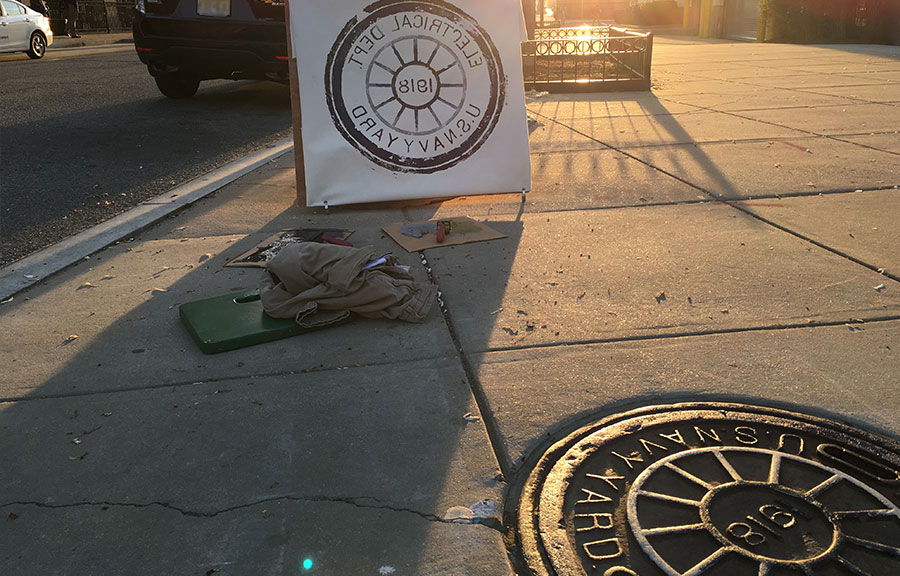 One was basically a local and national "sewer historian". He pointed to a building a few blocks down which happened to be the original DC sewer plant. The park one block over was built over top the first sewer canal in the city. He even had directions to where there could be antique drain covers and why Charleston, SC should be in my plans.

It was amazing to hear about all of that and would have never known we were standing in the mecca of DC sewer history.