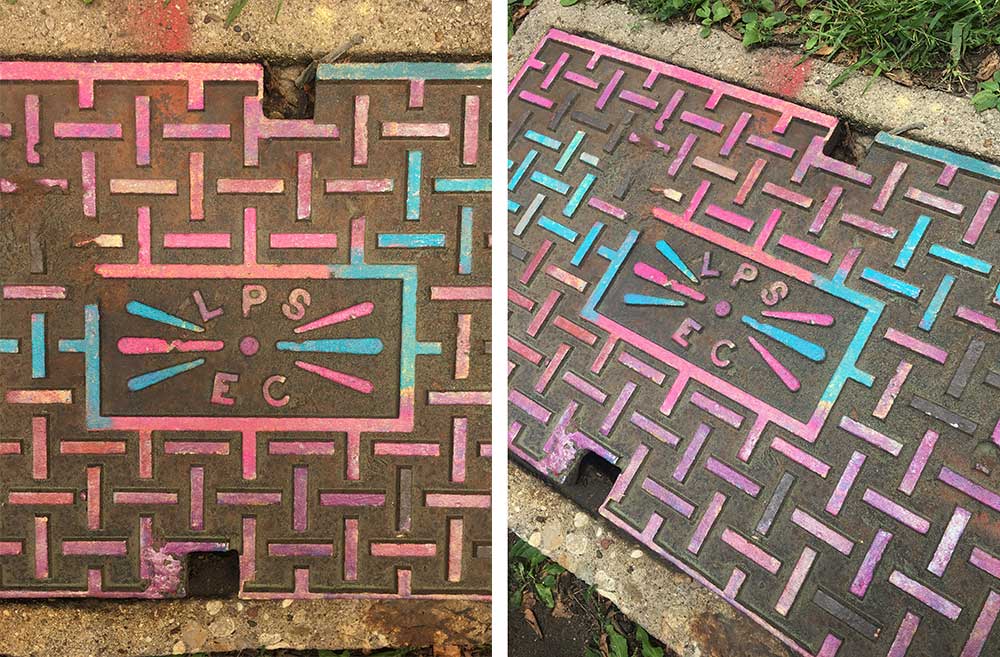 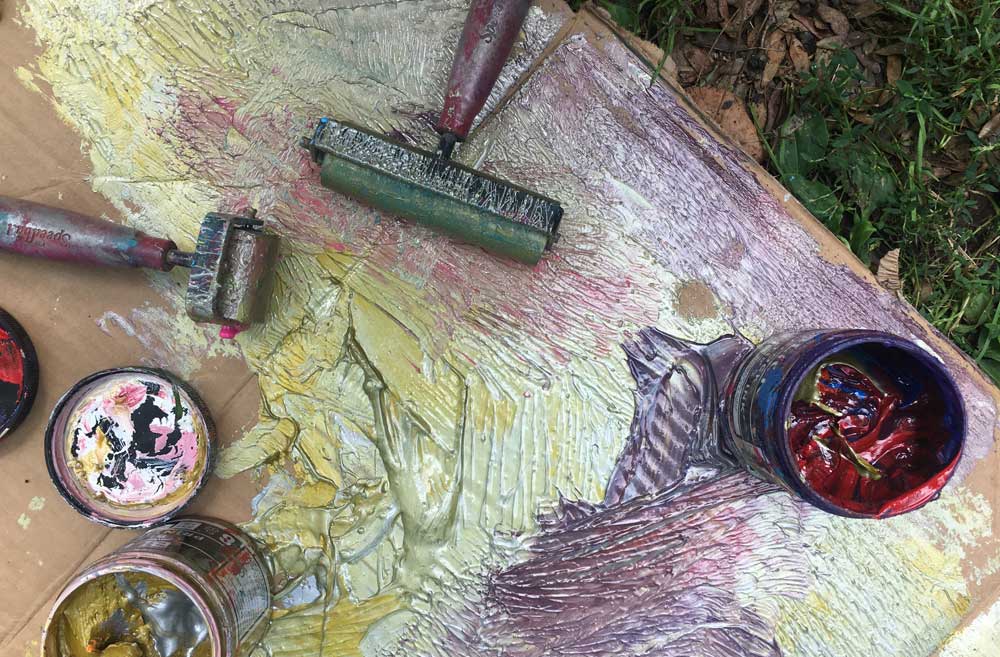 As American cities slowly grew over the 20th Century they incorporated whole townships that had at one time been more independent. In the streets this can be seen in the old covers of forgotten utility companies, such as this cover from the Lincoln Park Service Electric Company. Tracking down information about the utility company’s history is no small task; the passage of time and trail of acquisitions and mergers can often leave the research trail cold. Word of mouth accounts from our long-term neighbors is a good place to start though!
This print came out unique in so many ways. The wide rectangular layout is a departure, but the improvised blending together of soft and cool colors with a touch of metallic resulted in a very pleasing almost putty-like color spectrum that plays nicely with the right angles and central burst pattern. 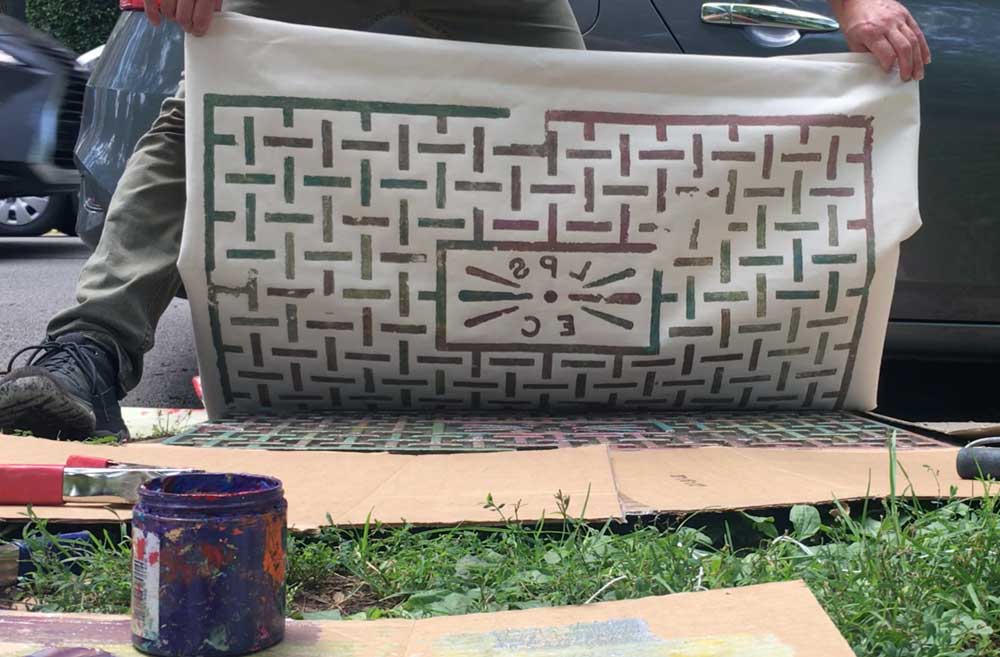