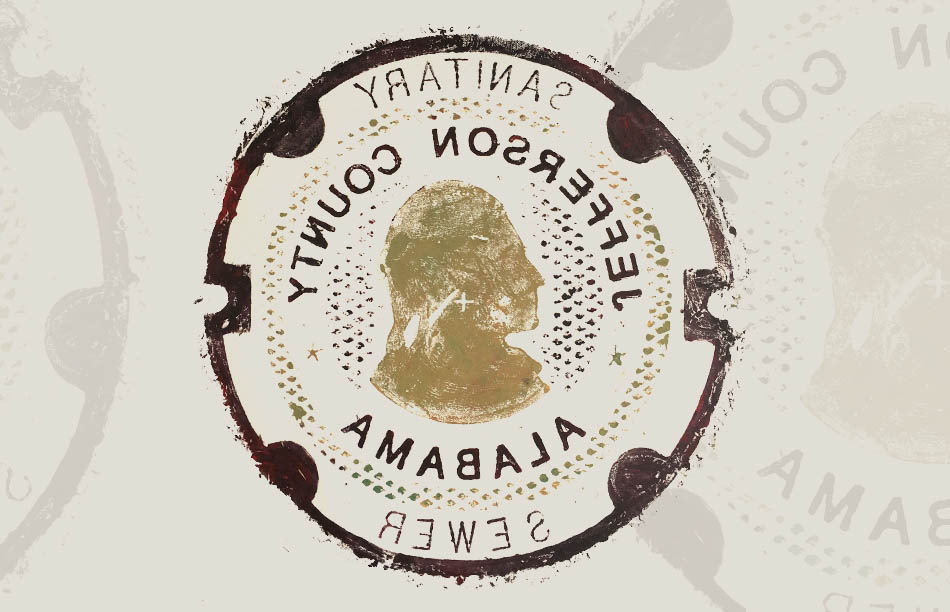 Until we looked to the left about half way from Atlanta to Birmingham, I thought Talladega was the fictional home of Ricky Bobby. Just kept thinking "no rain, please no rain." It was way too long of a drive to not get a print. As soon we passed the speedway, the sun came out along with the heat and humidity.

Rolled into Birmingham with a plan - find Railroad Park and the Jefferson County cover. It's a relatively new 19 acre park in downtown that was run down and condemned for years. Now it's a beautiful mixed use space with an industrial feel - full of people sitting, walking, and running (on a Friday at 2 pm). Went for permission from a couple of police officers and they chuckled. 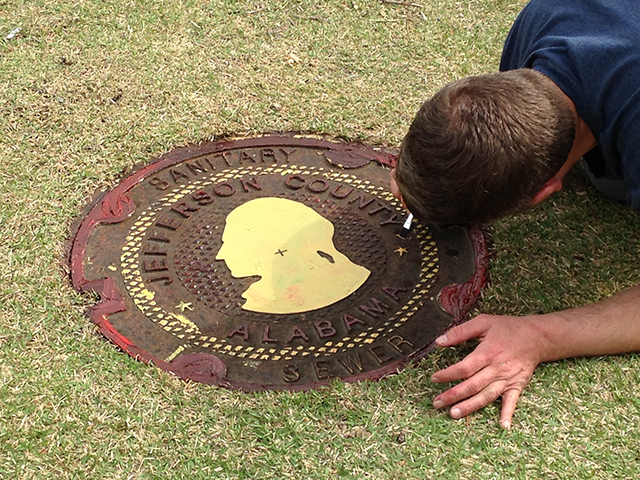 "You drove all the way here from New Jersey and you're gonna ask? Do your thing." It was basically the best Welcome to Alabama ever.

Pulled the print then learned Jefferson County was created in 1819 and was the center of the iron, coal and limestone belt of the South. Birmingham was actually named for England's iron and steel center in Warwickshire which makes it a manhole mecca. 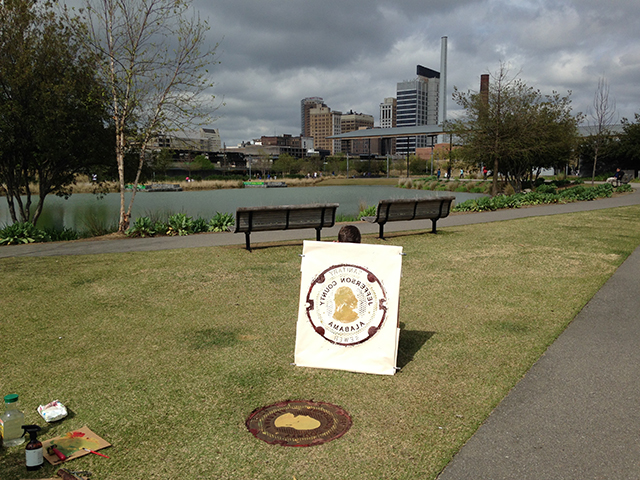 Random fact: In 1917, Harry Gardiner, dubbed, "the Human Fly" scaled the outside of the 16-story Empire Building before a crowd of over 35,000. Apparently, it was the greatest spectacle in the history of Birmingham at the time. Check out pages 3 and 4 of this document. 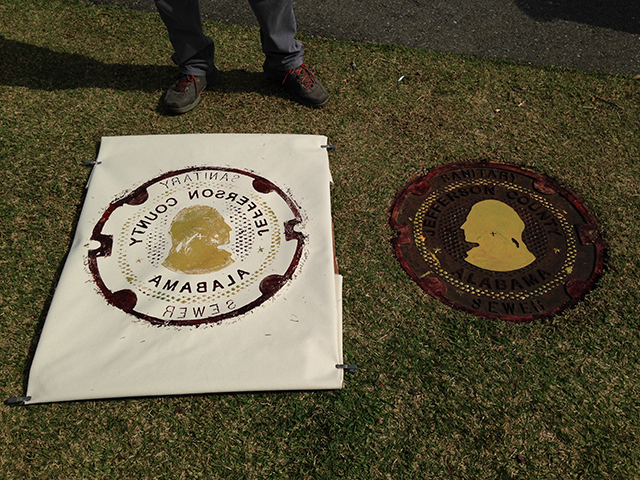 Way too much history for one day and we didn't even make it outside the city. Looking forward to spending more time exploring the state, but grateful we managed to leave with a tangible memory of the day.

Original Artwork made directly from a utility cover in Birmingham, AL.