Stopped in downtown Louisville to use the WiFi at Qdoba. Walked out and found this by the back door where a few employees were having a smoke break. They watched as we swept and started to ink the Kentucky blue. By the time we pulled the print and packed the car, the guys had called more friends over and they were all getting a kick out of it. This is the only manhole cover that has “Grease Trap” on it. These were specially designed to separate grease from water which helps prevent the grease from clogging the water pipes. Pretty cool fact, but the guys were more interested in the other letters. We exchanged a few jokes and went on our way. 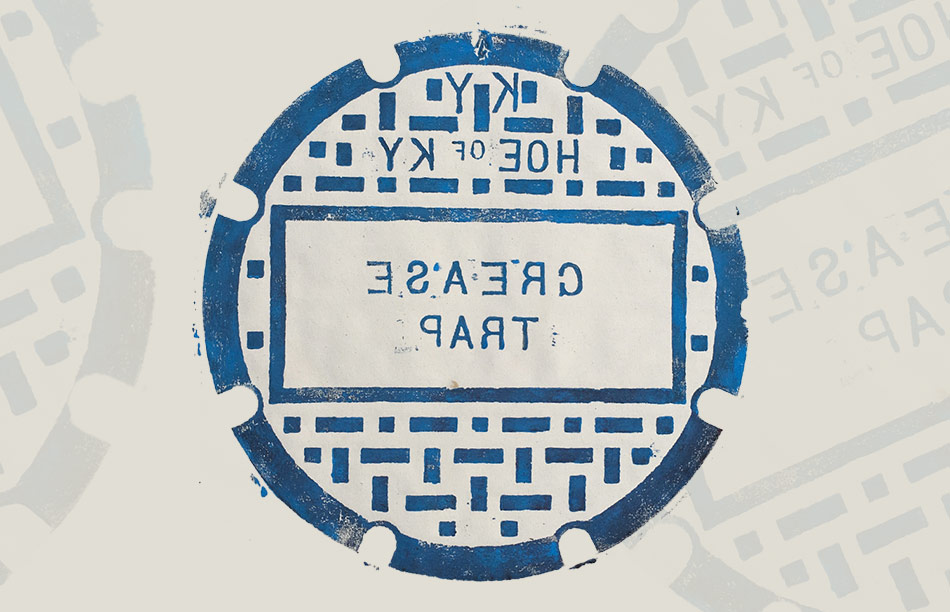