I didn't know anything about Grand Rapids before heading into town a few months ago to check out some spaces. I had spent the whole first day on the hunt - walking, driving, circling blocks and searching alleys while finding a few promising chunks of iron. I went out the next morning with a plan to print one I had found the day before. After about a couple detours and a few u-turns, I spotted a few lone covers on a sidewalk not far from Founders Brewery. 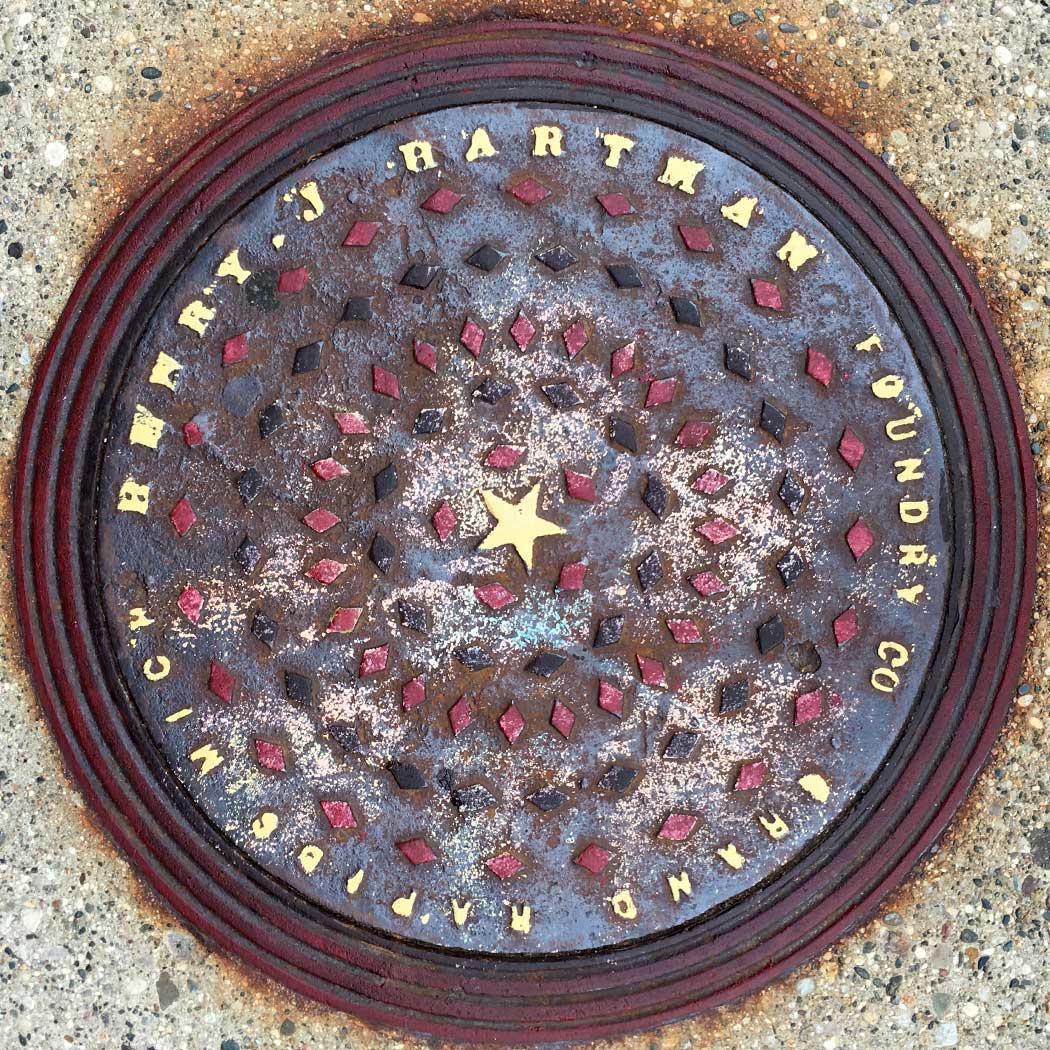 The way I skipped back to the car, you would have thought I had found a winning lottery ticket. Depending on how much that make believe ticket was worth, I'm not sure I would trade it for this discovery. That morning, I made the print and this video as my Artprize pitch to Founders. I was so curious about this cover that I went back to Chicago and did some research. After a log of digging, I found some information on the Hartman Foundry which dates this piece between 1886 and 1888 - made in Grand Rapids.

Below is an excerpt from an online transcription of the 1891 book, History of the City of Grand Rapids, Michigan, by Albert Baxter: 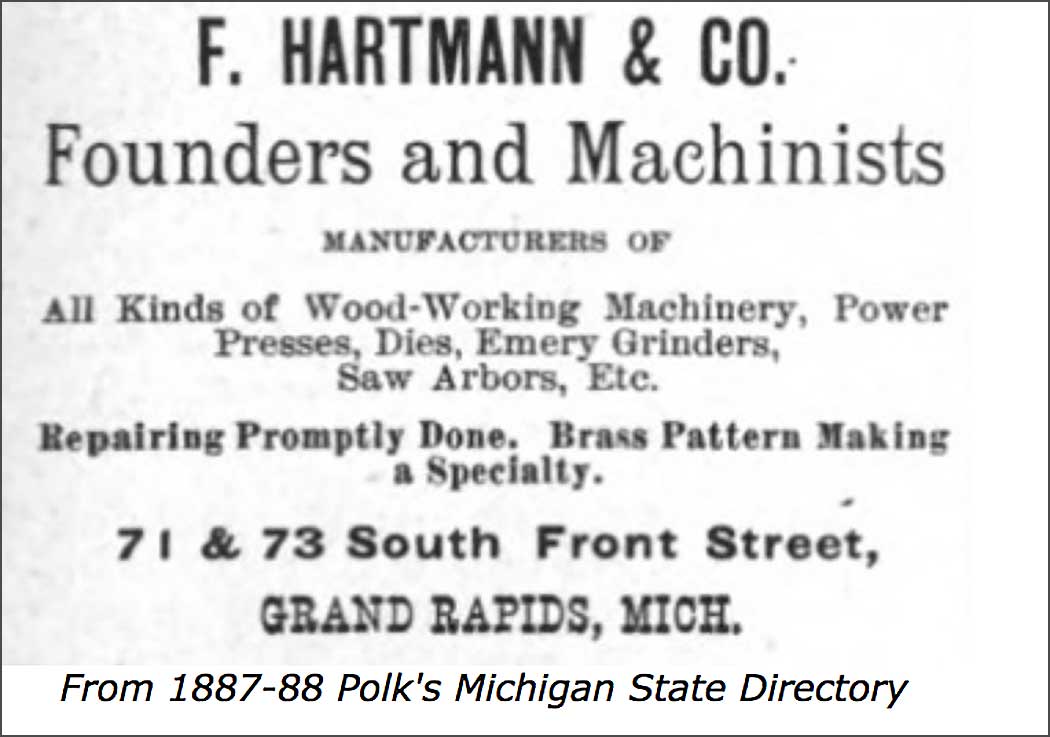 Even better, I found an ad from 1887-88 Polk's Michigan State Directory for the Hartman Foundry and the headline describes their team as "Founders and Makers" which brought the whole thing full circle. At the least, this cover was molded, poured, and produced in Grand Rapids over 125 years ago and that's exactly what I came to this city with hopes of finding.