East Jordan Iron Works (EJIW) was founded in East Jordan, Michigan in 1883 and manufactured everything from machine and ship parts to farming equipment and railroads. By World War II,  EJIW shifted their large-scale production to street castings, water valves, and fire hydrants. 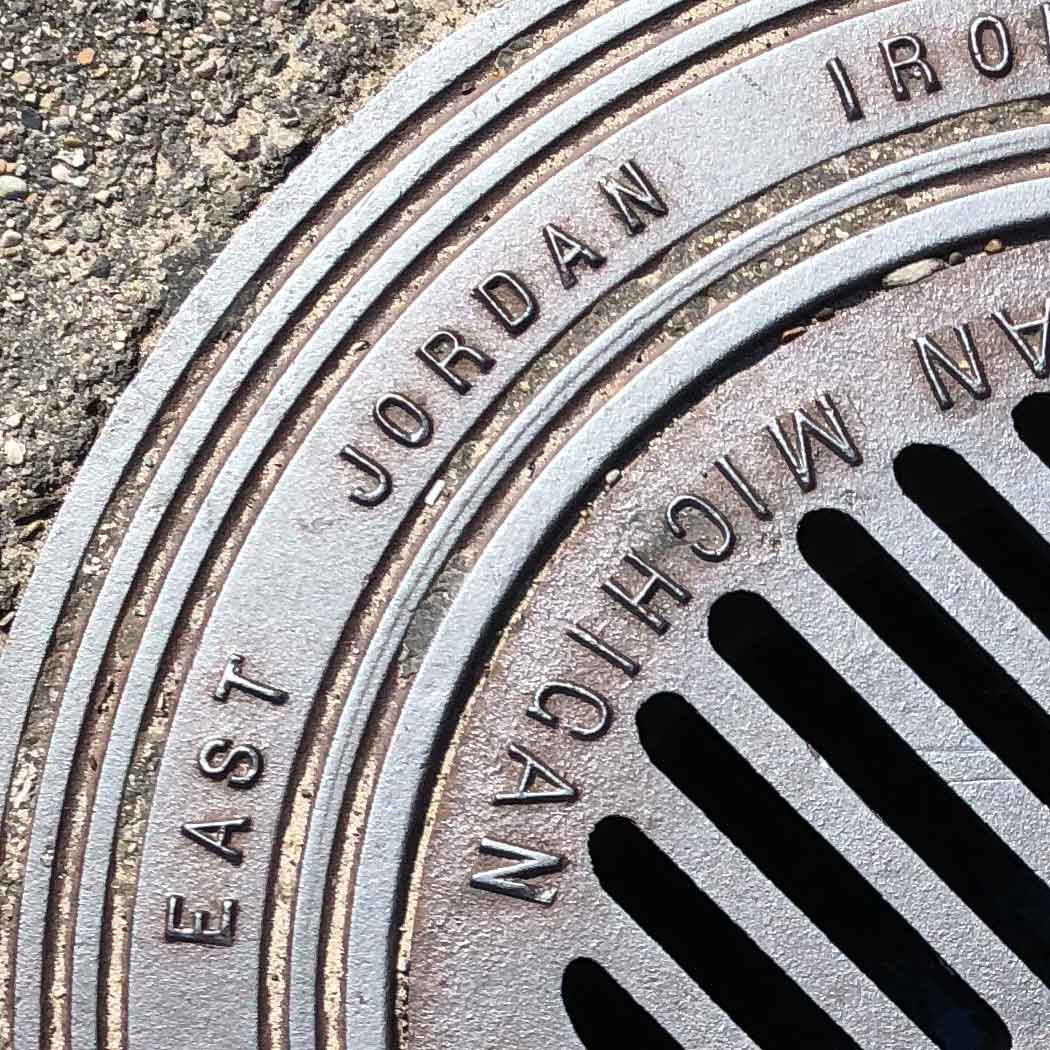 EJIW is now one of a few suppliers of infrastructure products to almost every state in the U.S. as well as 140 countries across the world. This piece was made from two separate covers just outside Founders Brewing in Grand Rapids, Michigan. 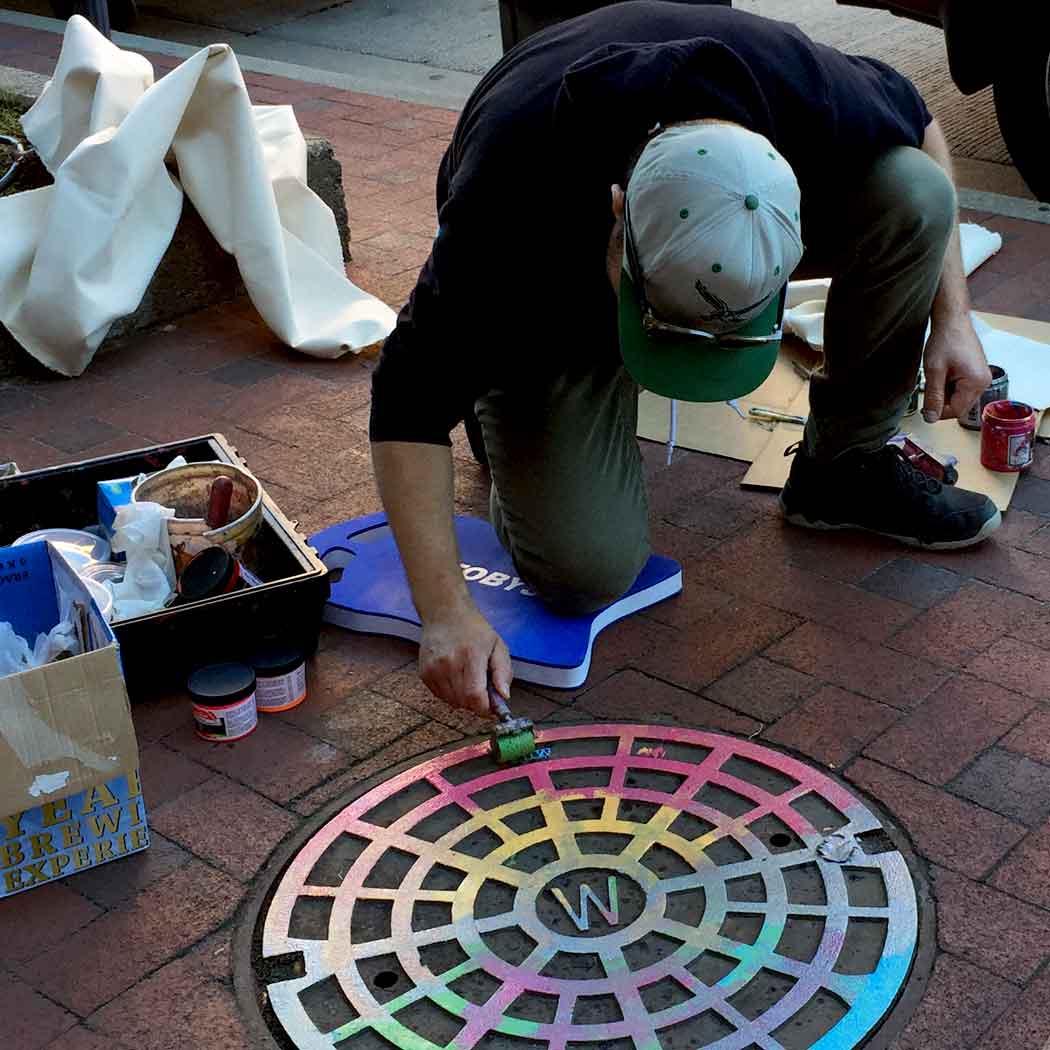 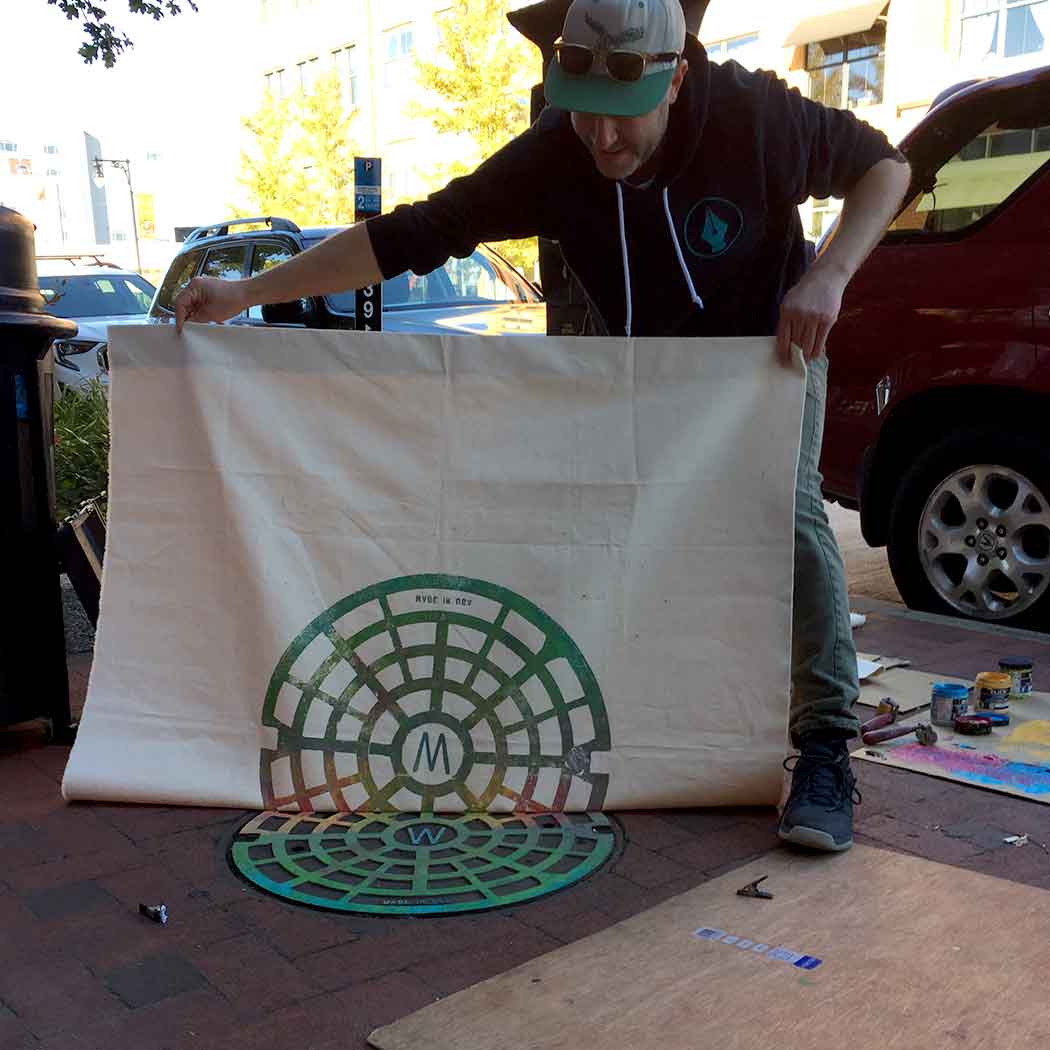 The first layer is a water access cover and the second layer is the outside rim of a storm drain cover. Somehow, I managed to come within 1/8” of lining it up perfectly. 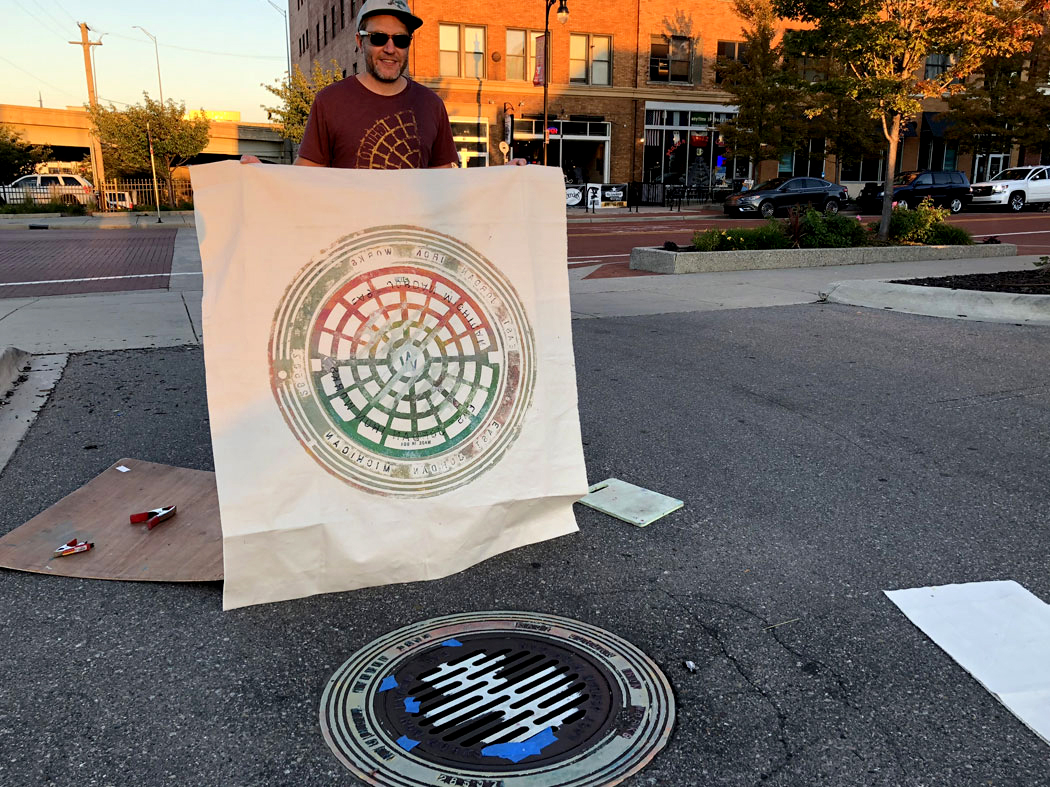 I’ve seen many East Jordan branded covers over the years and in cities all across the country, but never saw this actual design until that day. Combining the two was fun and not really part of the original plan.