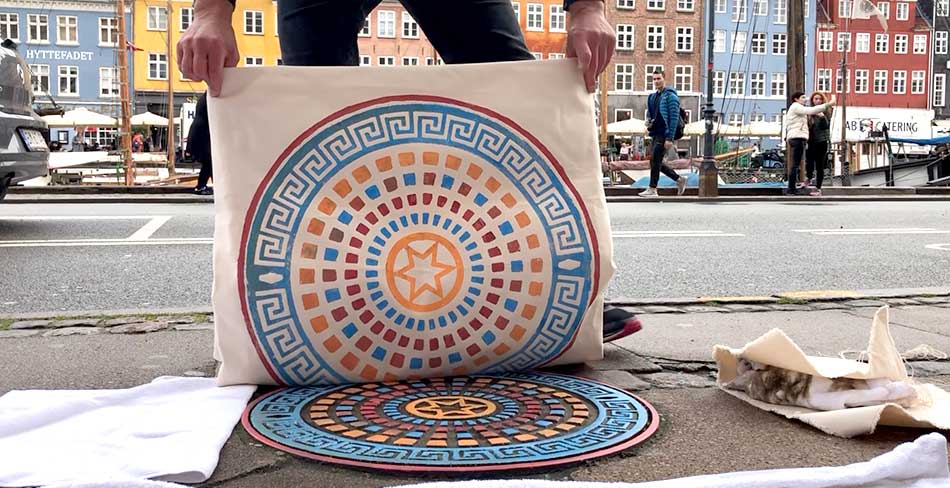 Five minutes after checking in to the hotel in Copenhagen, I was snapping this pic of the Nyhavn - a 17th-century waterfront and an iconic part of the city. The northern side of Nyhavn is lined by brightly colored townhouses built with wood, bricks, and plaster. The oldest house dates from 1681 which instantly blew my mind. It's super cool they kept the original buildings which seemed to be the theme throughout the city - no skyscrapers, no cookie-cutter condos, no glass buildings - very different than U.S. cities.. and I loved it! 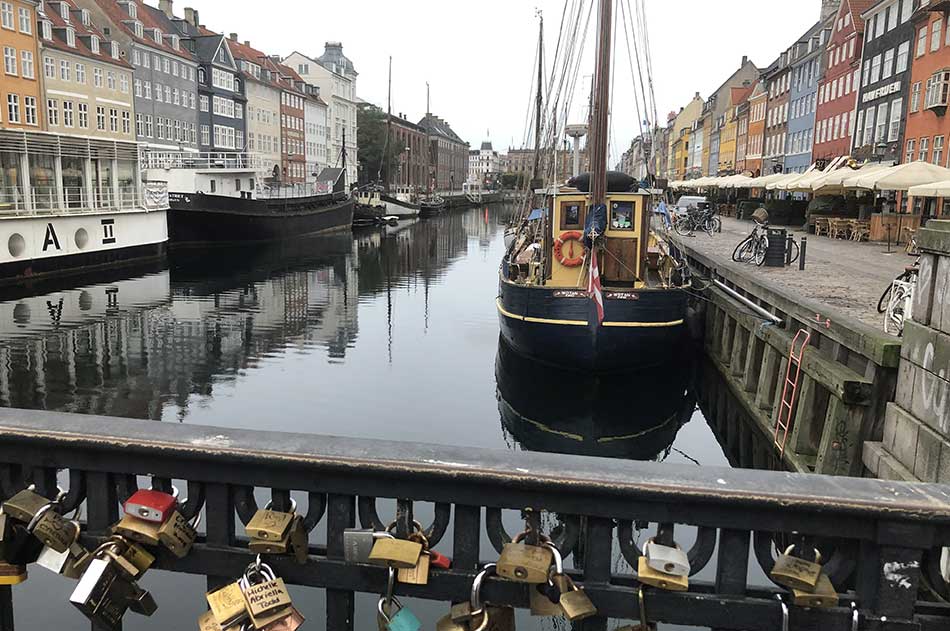 There are countless cobblestone streets that make beautiful patterns throughout the city with the covers being the center point in many of them. Another gem of the city,  Tivoli Gardens, has its own custom covers. 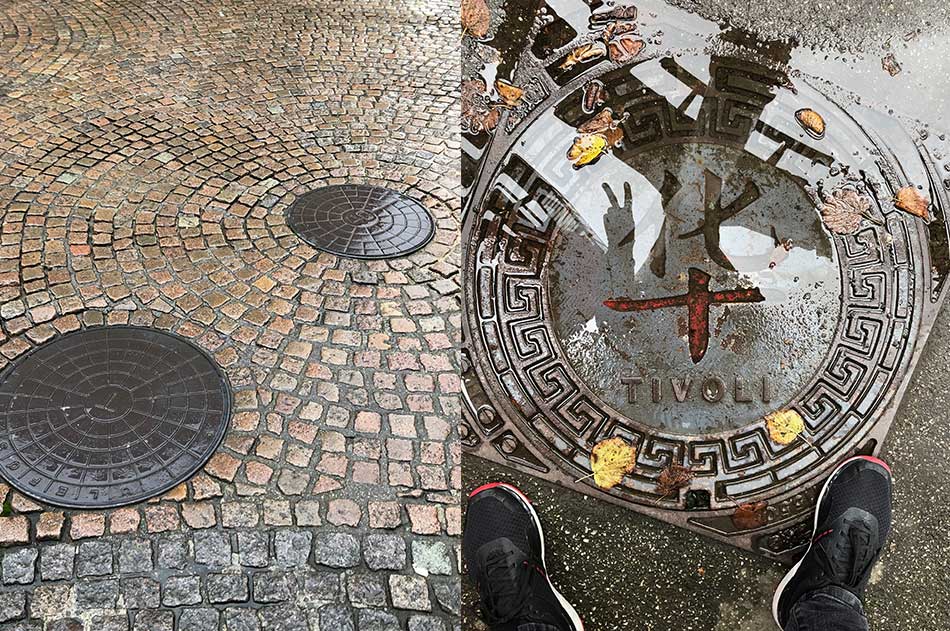 A friend from Chicago suggested The Cisterns which was totally worth the visit given I've spent the last 13 years on top of and in search of cisterns in Chicago and San Francisco. Being inside one that was also a significant piece of the city's history felt kinda surreal. 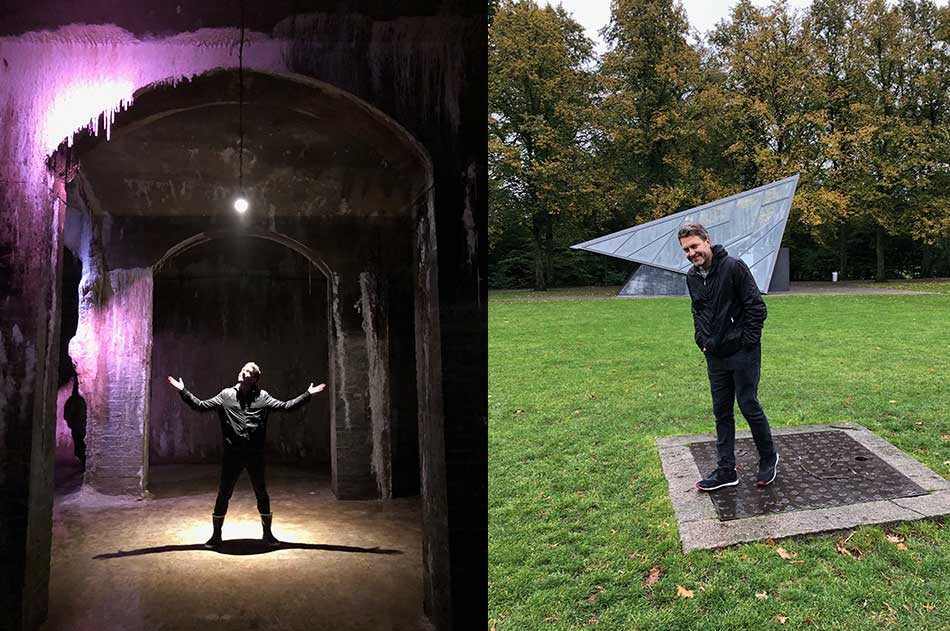 And the covers did not disappoint - I found a number of commissioned pieces in those 3 short days and loved them all.  Seattle has been doing this since the 1970's and was a pioneer in the U.S. with other cities following suit. I'm not sure how long the program has been running in Copenhagen, but it was great to see. 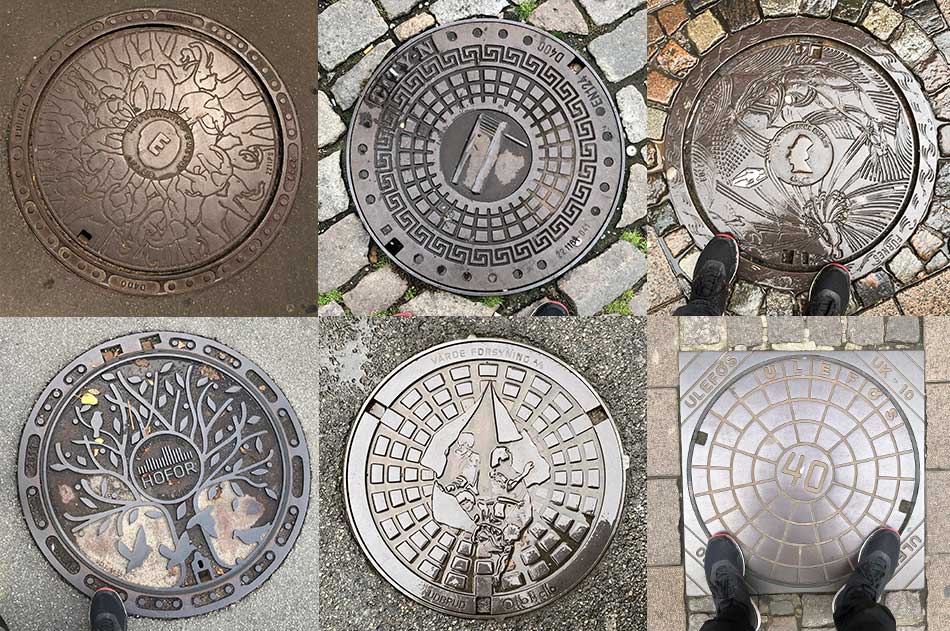 The weather finally broke and it was gonna be dry for a few hours. I grabbed the supplies, a few bath towels, a coffee, and headed back where the trip started. 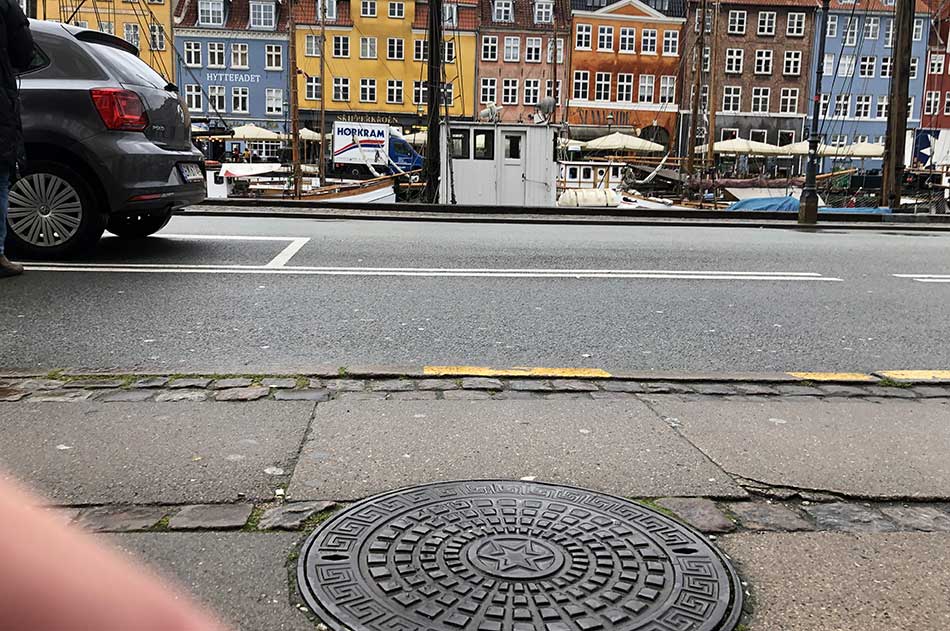 I normally get color inspiration from the surroundings, a city flag, a sports team, or something from the moment. I looked across the canal as I mixed my inks to match the houses in the background. I didn't have time to think about patterns and how those colors would actually play out on the cover so I just started painting. And then this happened...

As I was finishing up, locals were headed to work and tourists were starting their days. 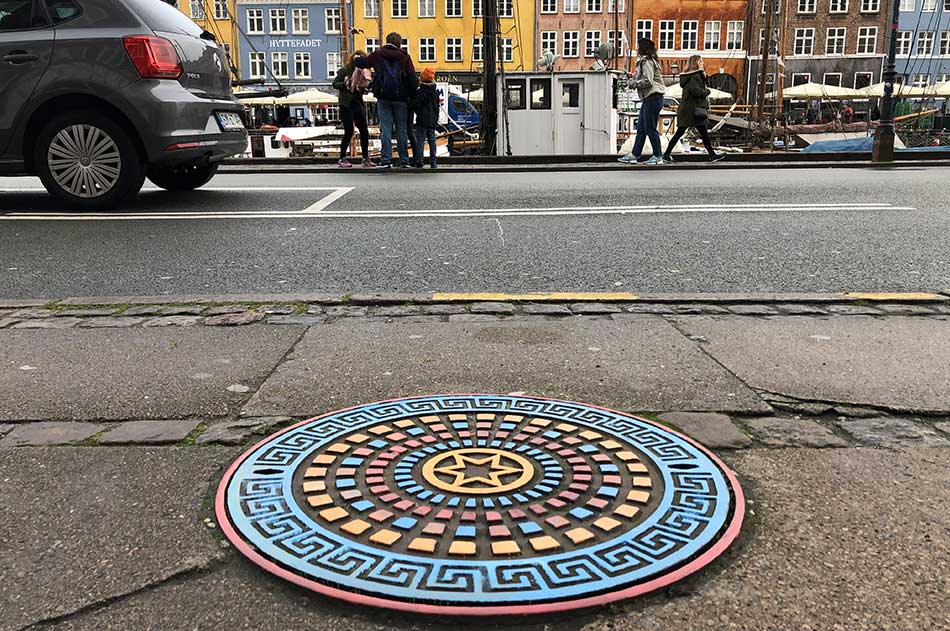 I sat on the stoop for a few minutes taking it all in. A woman came out of the house where I had set up shop for the past hour. At first, I thought she was upset I had paint on her sidewalk and a bag full of stuff on her steps. Instead, she said how beautiful the colors are and how it was a great way to start the day - I totally agreed. 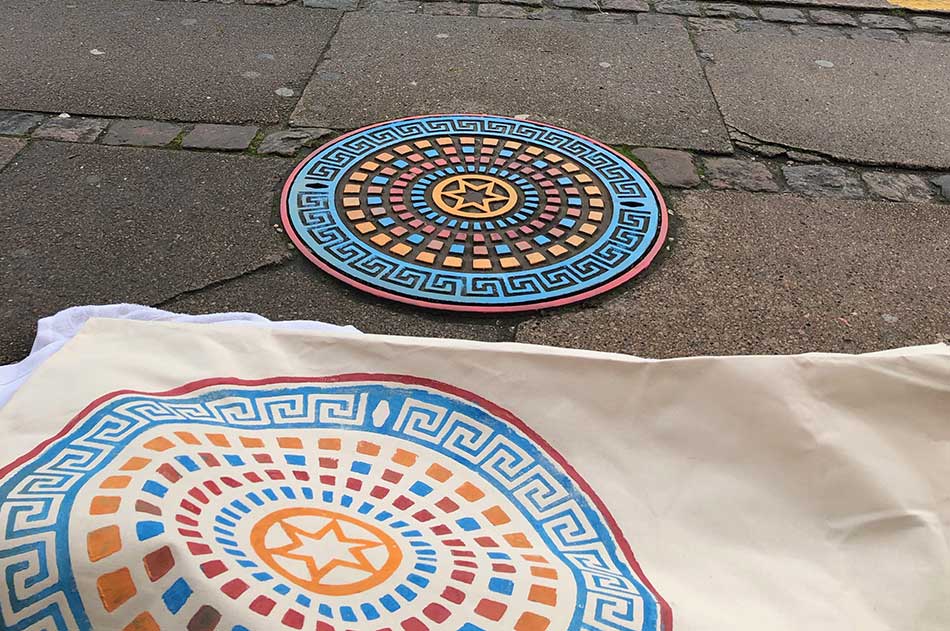 This sweet little nook in the room made excellent morning coffee and the perfect spot to dry the print. 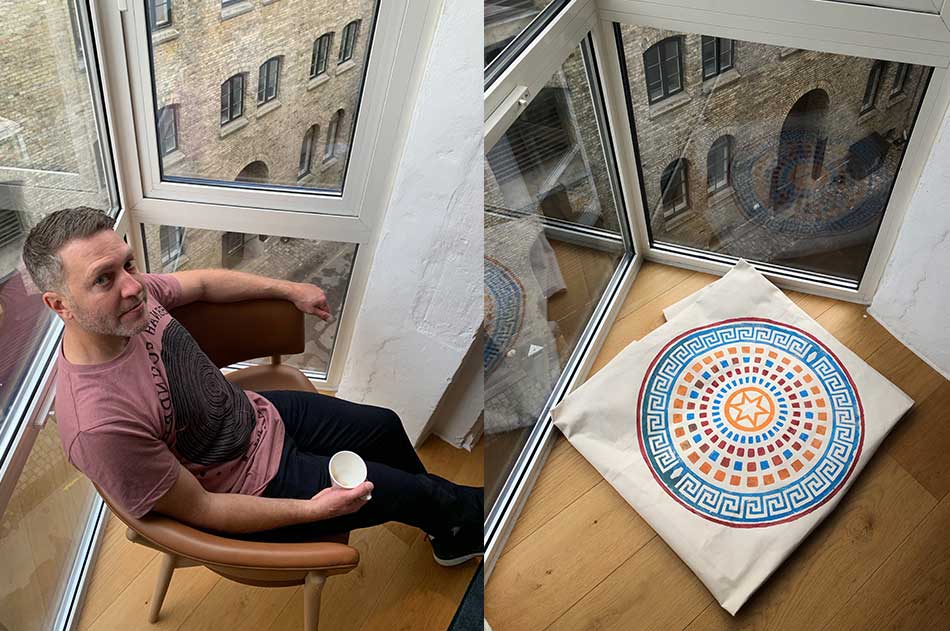 Unfortunately, the paint and the colors washed away with the rain that afternoon. 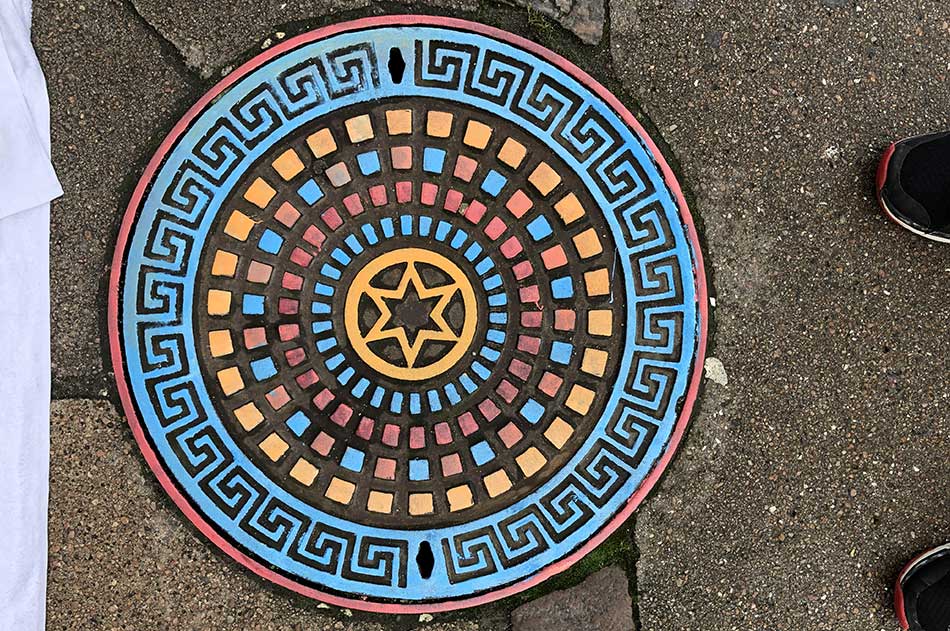 Fortunately, I came home with this tangible memory from my favorite stop of the trip. 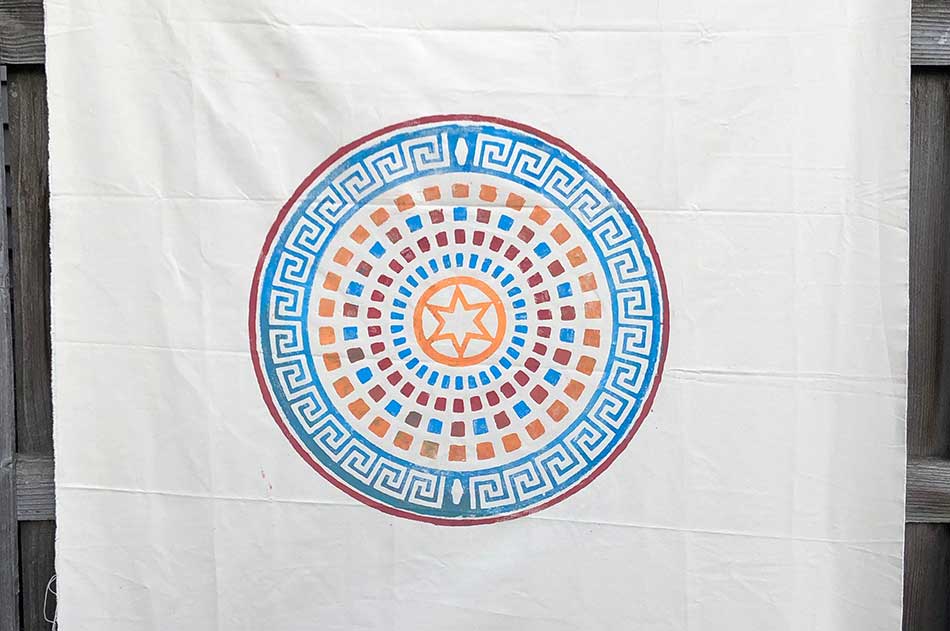