Last fall, I was spending a lot of time at hospitals and medical buildings around Chicago. One Tuesday morning, feeling somewhat defeated, I stumbled upon a beautiful and very old sewer cover outside of Illinois Masonic – which changed my mood instantly. I felt weak and unmotivated, but I knew the supplies were in the car.

So, I got some cardboard out of a dumpster, grabbed the ink and canvas, and started to paint. A few minutes later, a kind man stopped to chat. He was on his way to work, but he took the time to hear about the project and share a few stories. His interest, compliments, and energy was just the spark I needed that day — and that month. 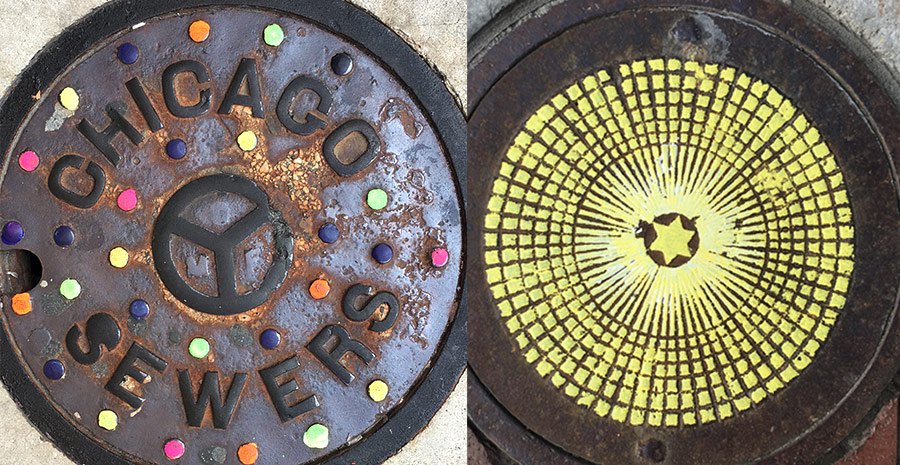 Flash forward to Sunday morning about 8 miles north in Evanston… where I was, of course, making a print. A couple walks up and asks how “that one” came out. I started to explain the current piece as he reminded me of the day we met – in front of the hospital 4 months back. We chatted again for about 15 minutes and I’ll definitely remember his name the next time.

I’m addicted to finding, painting, and printing these relics. But the real drive has always been meeting people like Larry. He gave me a nudge the first time we met and he got me flying the second time. That day I decided to restart a series I had just spent two months working on which sucked! I had over 40 hours into one piece of canvas and missed the mark on the last of 9 layers. That feeling of defeat was comparable to the actual physical pain I had felt months prior, but good old Larry came through again! 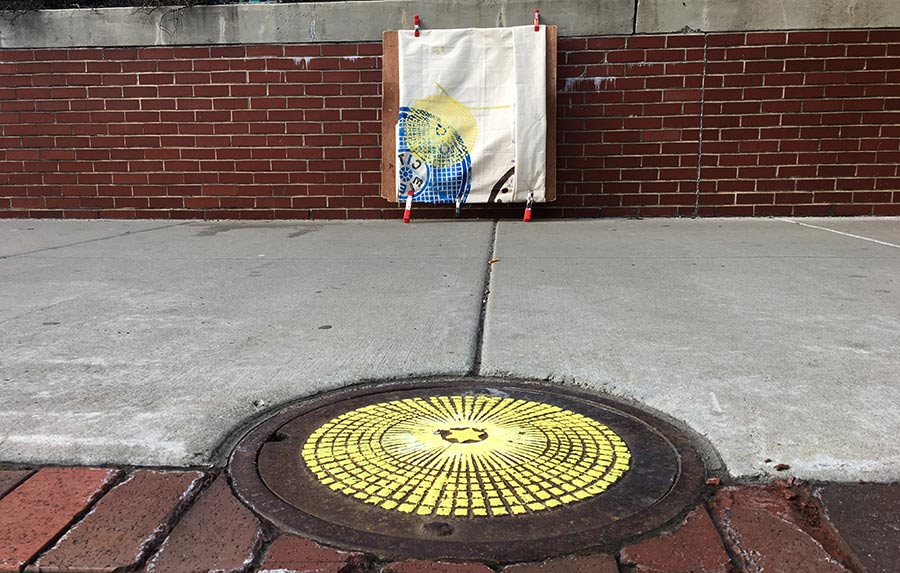 You can’t put a value on chance encounters, real-life conversations, or moments like that.