During the nineteenth and early twentieth centuries, Kentucky predominantly relied on coal for heat. Using carts or wagons, workers would deliver the coal through chutes into the basements of homes and businesses. The coal would fall into a bin near the furnace ready for use. Many had shapes filled with glass allowing the light to shine down during the daytime. The circles in the center of this cover would have been for just that. 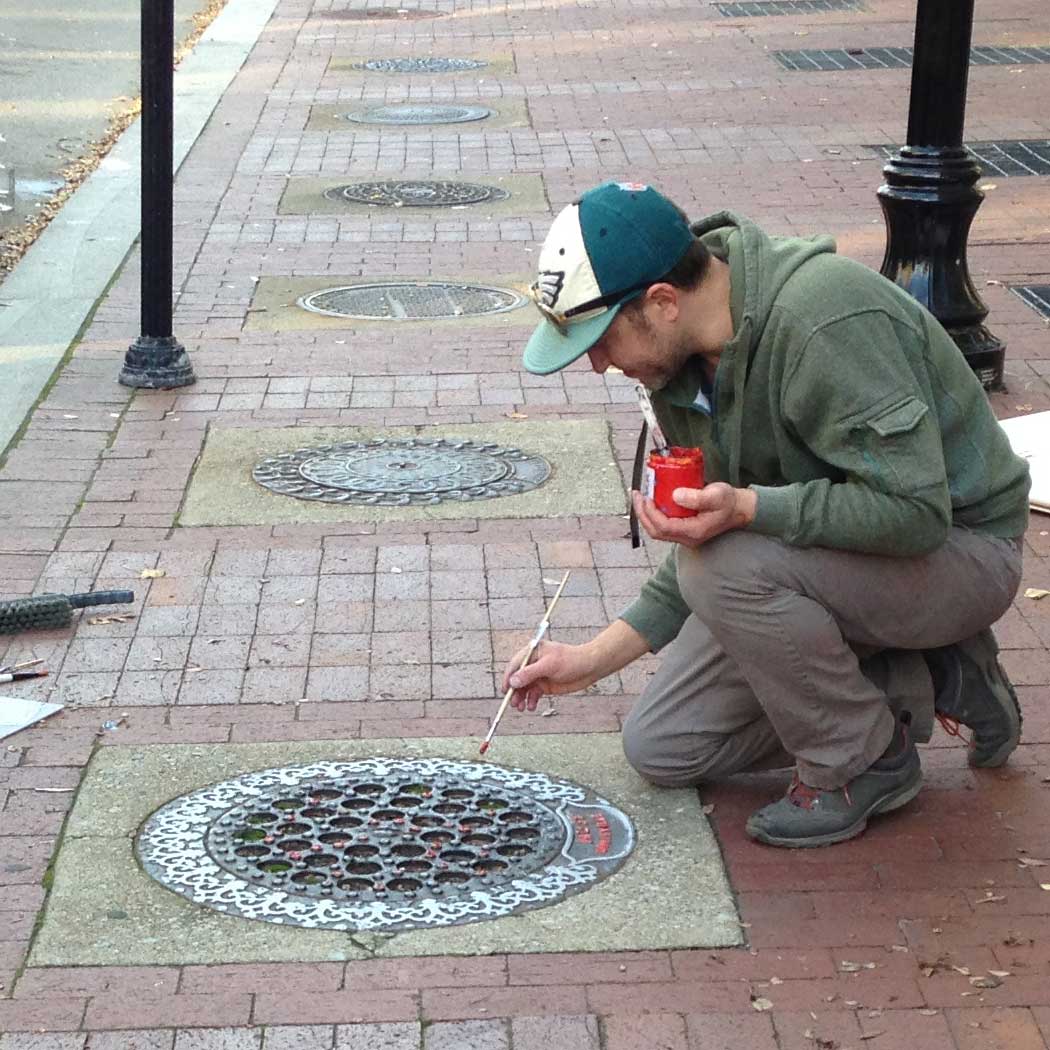 It's becoming very rare, but you can find some of these covers around Louisville's older commercial districts. This is another one that had been relocated in order to preserve pieces of Louisville's history.

Original Artwork made directly from a coal hole cover in Louisville, KY.