After cruising through the Northeastern states this past year, we completely underestimated the size of the South. A twelve hour drive from DC with a somewhat wasted print attempt in Raleigh, one sick passenger, and rain on the way made for a great first and only night in Atlanta. 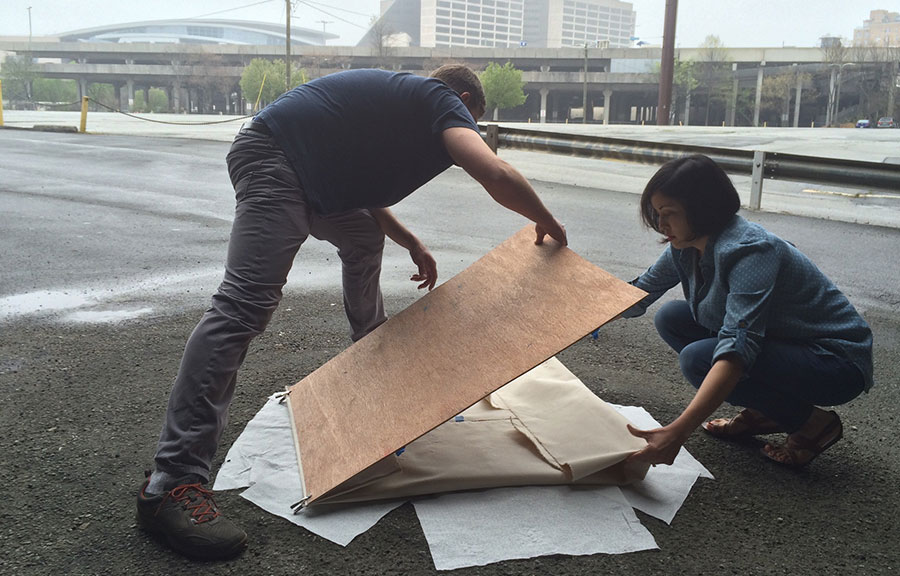 Started the hunt early the next morning in Cabbage Town - a sweet neighborhood close to Downtown. Lots of art, a few cafes, an amazing General Store (thanks for the trashbags!), and a bunch of ATL covers. 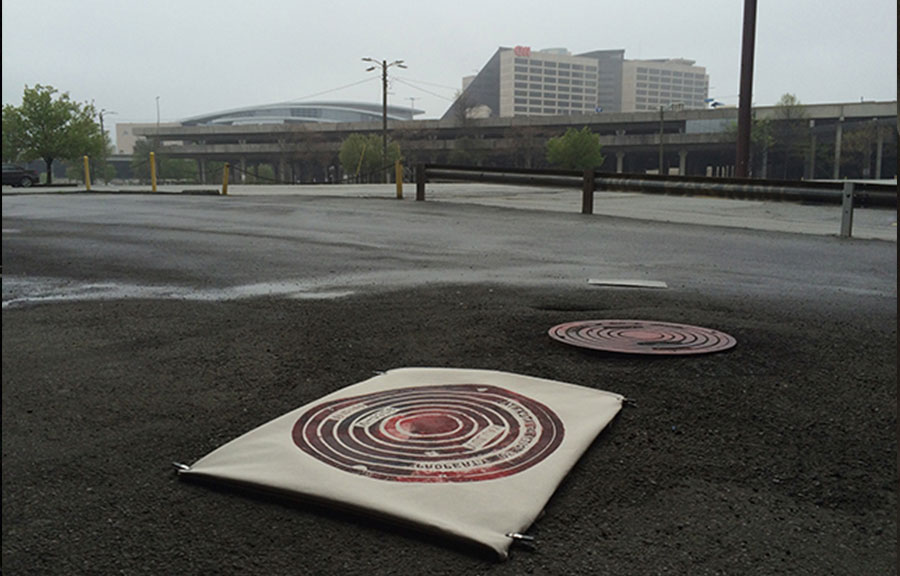 Unfortunately, it started to pour so after breakfast we went downtown looking for something covered - like under an overpass, a bridge, or awning. In a black Forester with New Jersey tags, 4 carry-ons in trashbags strapped to the roof doing 5 mph while scanning the ground. Definitely not looking suspicious. 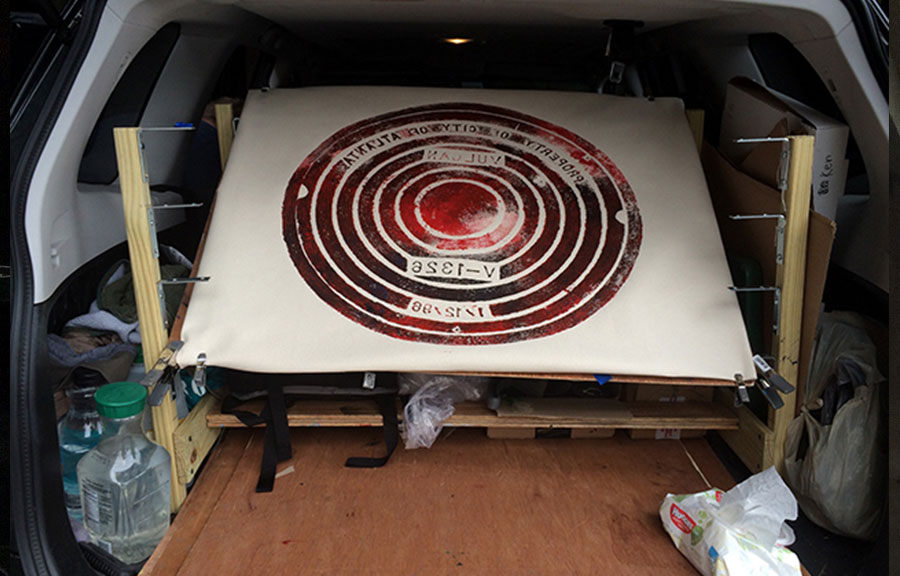 After testing out numerous spots. we happened to find a perfectly dry, deserted, and somewhat creepy area underneath a bridge or highway entrance near the Richard B. Russell Federal Building. No one in site but there were some cars parked there so it seemed legit. It ended up being "FBI Parking Only", or maybe that was an old sign. Either way, it felt like the safest manhole cover location in the city, maybe the world. 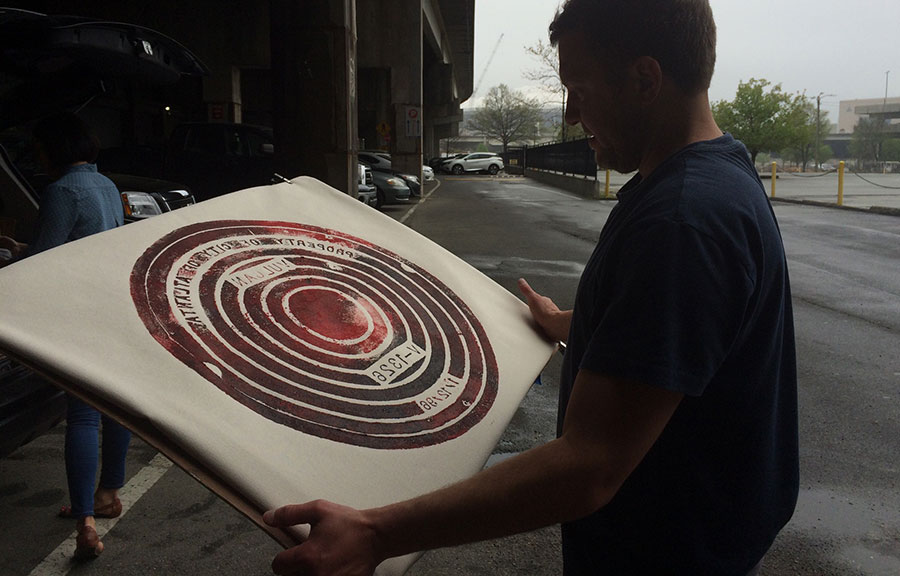