Kept driving around the Navy Yard in Philly trying to stay out of unmarked “no access” zones. We wanted to get as close to the ships as possible and, like clockwork, we find the “SS” right in front of an air craft carrier. It turned out to be the USS John F Kennedy christened on deck by Jaqueline Kennedy and her daughter Caroline on May 27 1967. She was decommissioned in Mayport, Florida on March 23, 2007 and arrived in Philly a year later. In November 2009, the Navy placed Kennedy on donation hold for use as a museum and memorial.

It was surreal to be so close to something of that magnitude. It made us appreciate our freedom and be thankful for the men and women in the service. 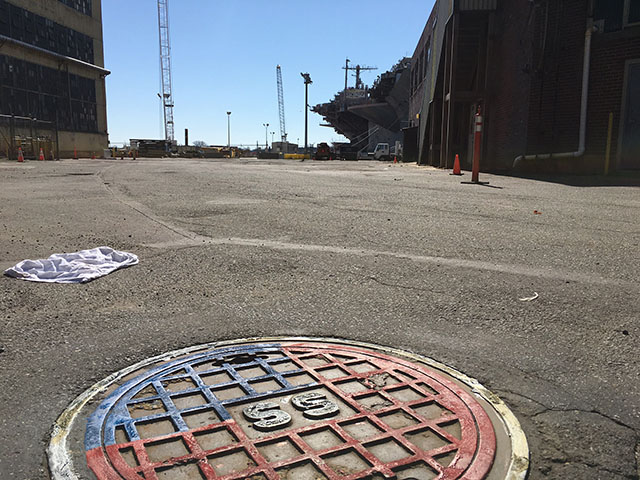 Original Artwork made directly from a utility cover in Philadelphia, PA.