Founded in 1849, the Snead & Co. Iron Works manufactured decorative and architectural cast iron throughout Louisville and much of the region. Many buildings throughout the city boast their markings on fences, tree grates, doorways, and buildings. 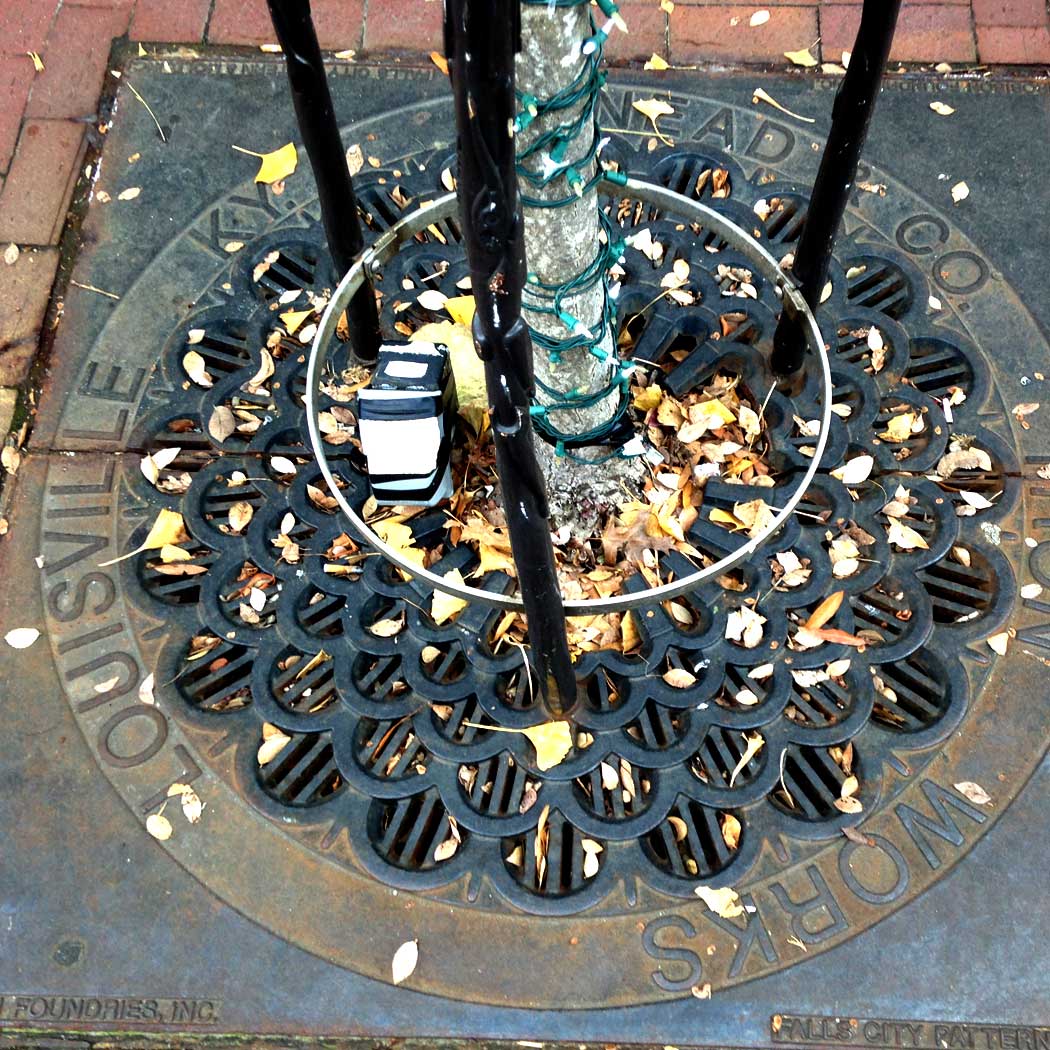 One of many late night google searches led me to an image with this design and at the time I was only a few hundred miles away with canvas and ink in the car. 12 hours later I'm in Lousiville and almost giving up. I pulled not far from the Slugger museum to regroup and clear my head. I looked down and found six unique and ornate designs. 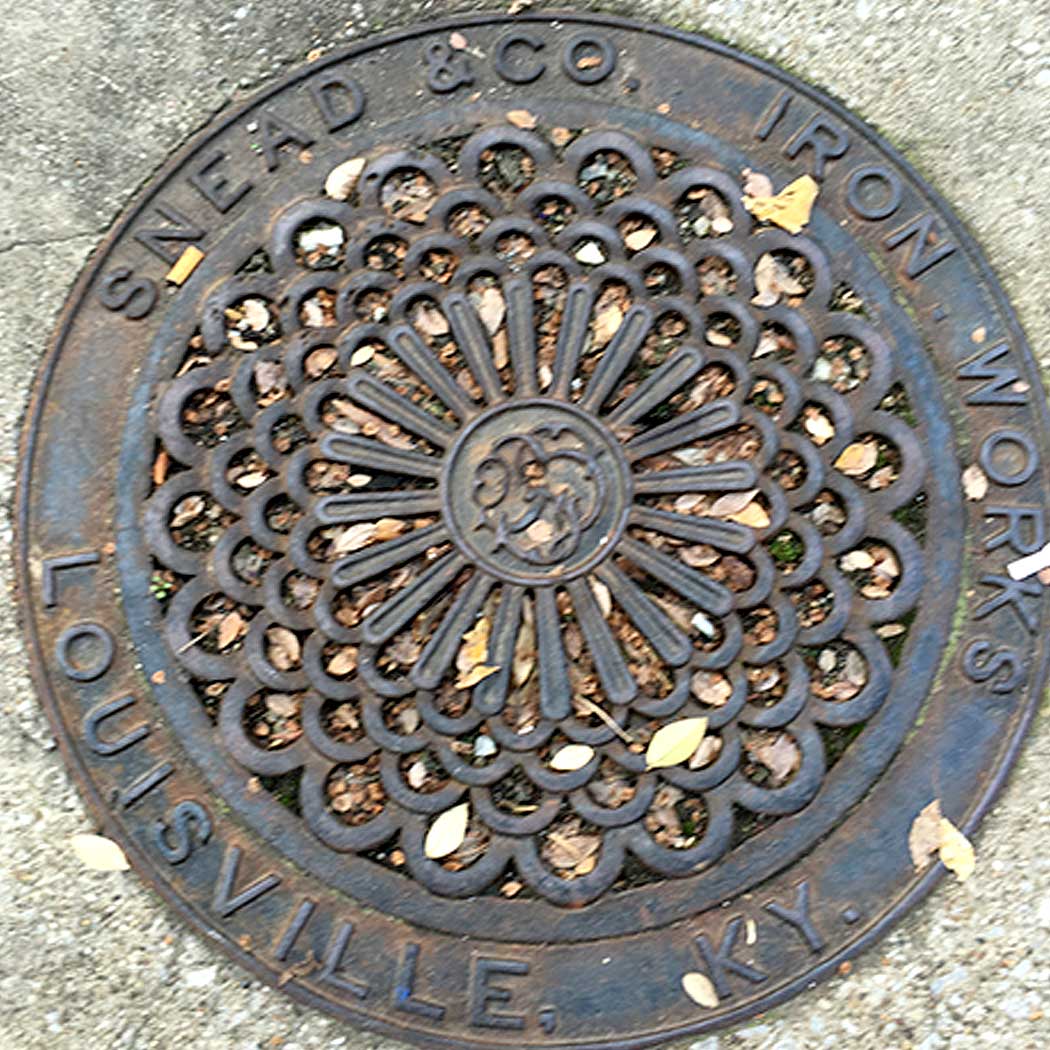 I later found out that an organization had them relocated from various neighborhoods in the city to this specific spot as a way to preserve pieces of Louisville's history.

Original Artwork made directly from a utility cover in Louisville, KY.