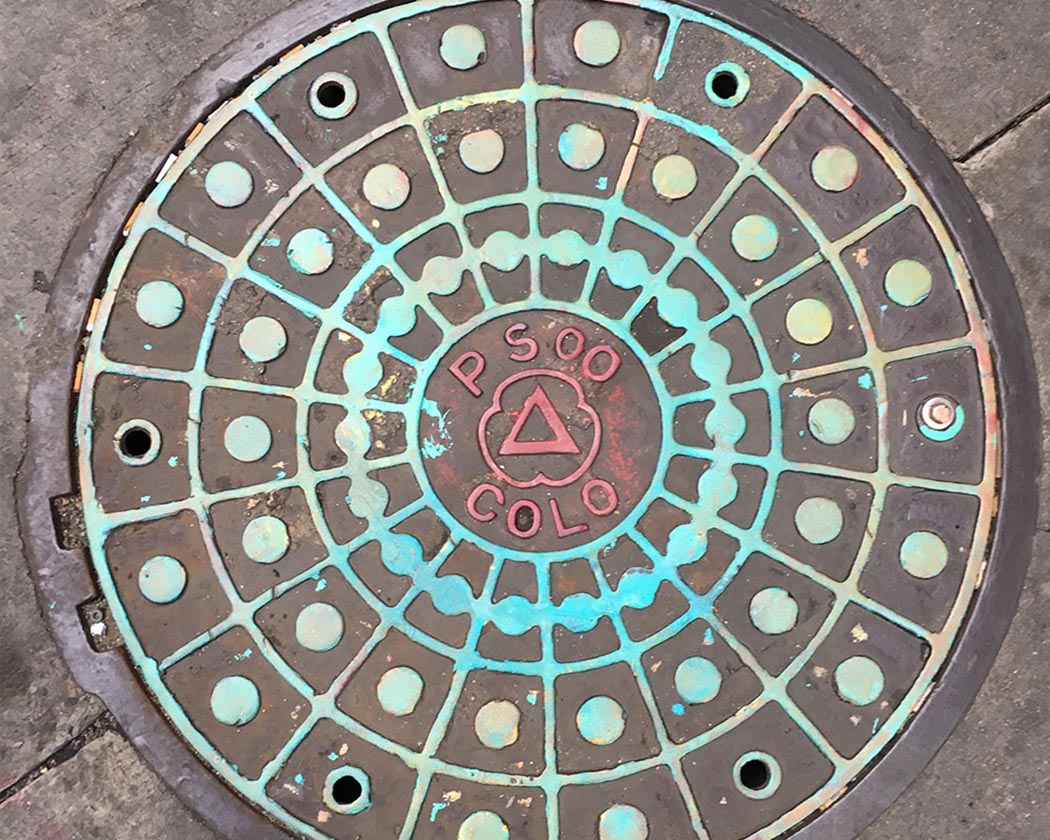 Public Service Company of Colorado traces its roots to 1869, when William N. Byers, owner of the Rocky Mountain News, ColonelJames Archer, Walter Scott Cheesman, and five other leading Coloradans gathered in Denver and agreed to finance a local gas lighting company. They incorporated the Denver Gas Company in November of 1869. By the end of 1870, Archer laid two miles of mains and built a gas plant on the corner of 18th and Wewatta Streets in Denver. 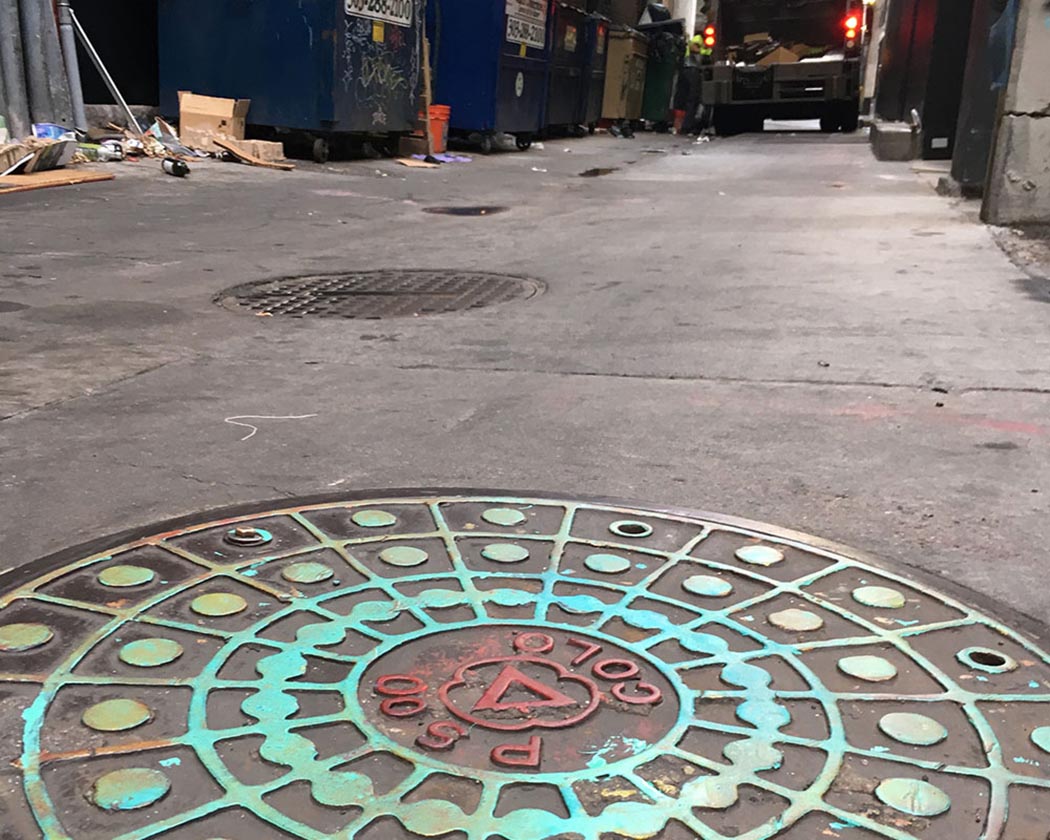 One year later, the "arc light" was introduced to the city of Denver. Walter Cheesman founded the Colorado Electric Company to offer this new, brighter light to the public. The company changed names and merged a few times, but in 1923 it became the Public Service of Colorado - PSCo.

There are many PSCo covers in the streets and alleys of Denver. This particular cover was unique: Somewhere between making the mold and pouring the actual iron, the "C" became an "O" so it actually reads PSOo. That and the sweet patterns, smooth surface, and clear age made hanging next to the dumpsters in a smelly alley seem so much better than it was. 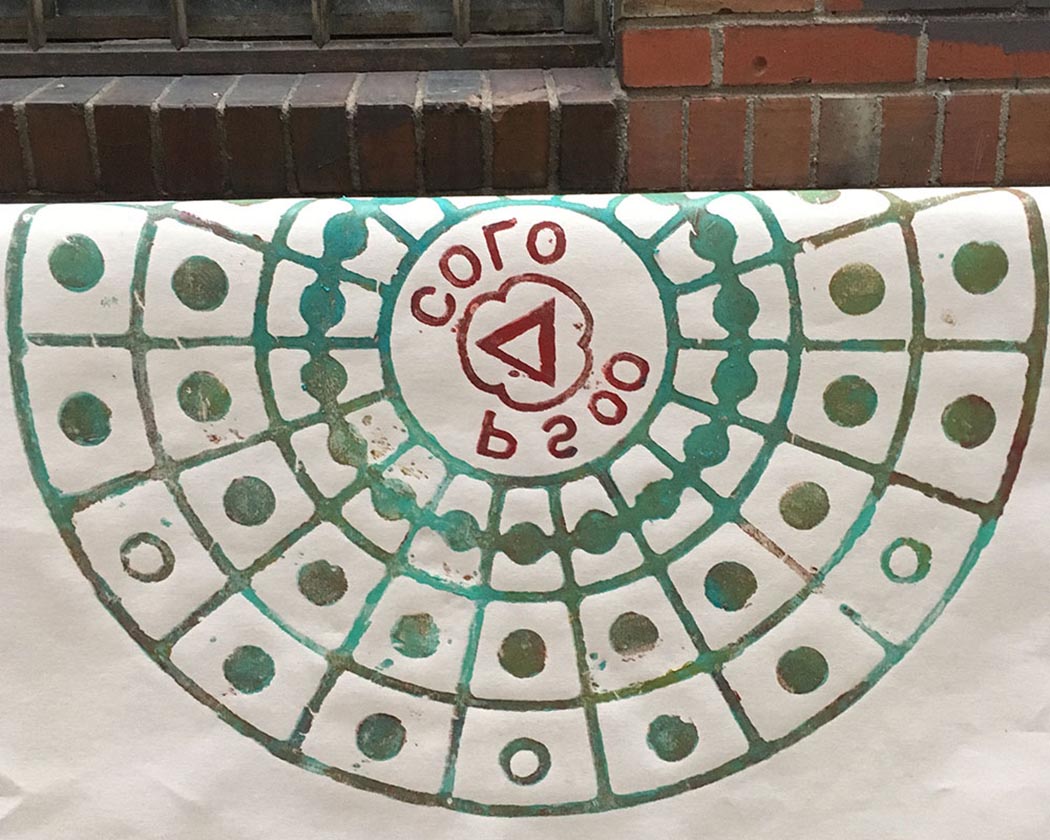