Started the day thinking “No more canvas, ink, or prints for at least a month” – Four hours later after finding this coal hole cover in Bucktown, I’m standing at the canvas roll deciding how many yards to buy. It’s the first one I’ve seen like this in Chicago after searching for the past few years. 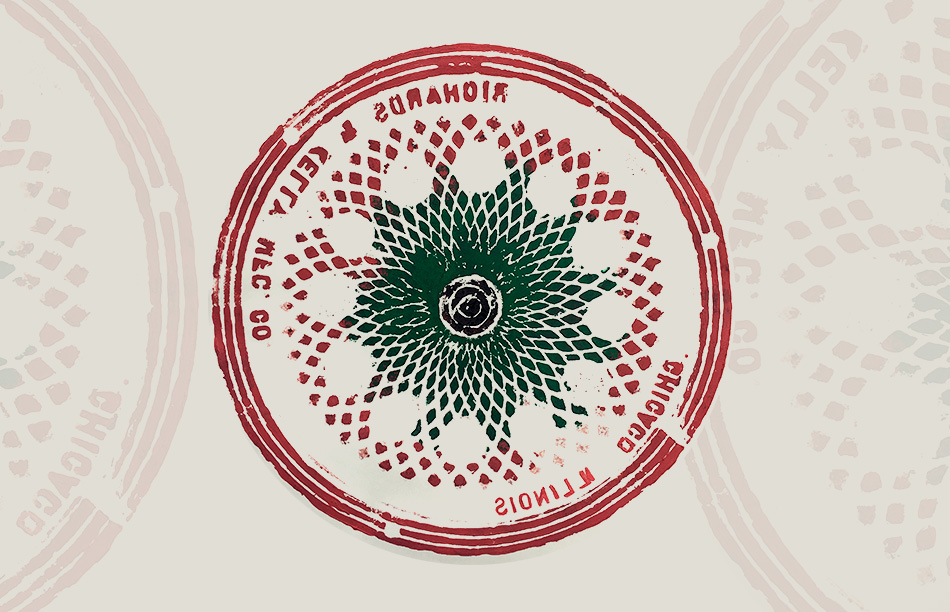 Did a little research and found out Richards & Kelly was a local foundry and they made these between 1900-1910. Originally, this was a coal hole cover – literally, someone would open the lid and shovel coal into the basement to heat the home. The circles around the middle part were glass at one time letting the sunshine thorough as a form of lighting. The history, the design, and the story…. made it a no-brainer. This is 1 of 3 from that night and somewhat needed confirmation there will never be the last canvas.

Original Artwork made directly from a utility cover in Chicago, IL